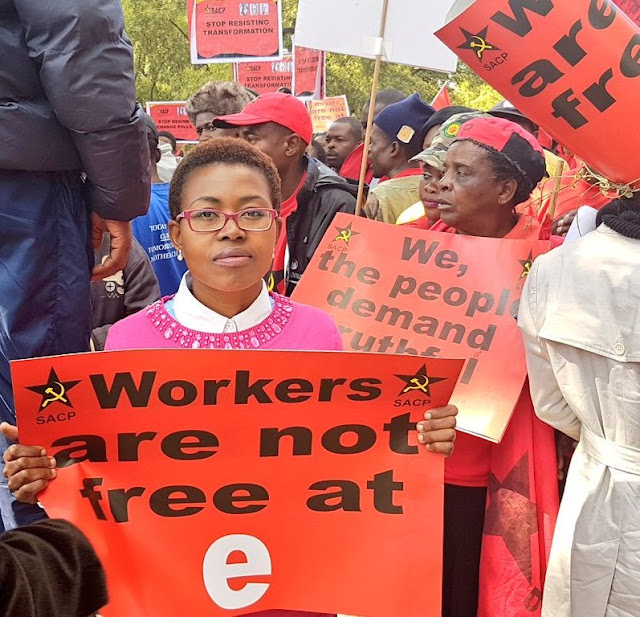 The eNCA (DStv 403) and eNews reporter Phakamile Hlubi of draped snake fame has quit the eMedia Investments news operation, giving behind-the-scenes insight into alleged staffer intimidation at the news operation as she slammed the "suffocating" news room management culture at eNCA and e.tv over what she calls racism, a lack of transformation and unfair salary gaps.

In her letter Phakamile Hlubi details staff intimidation and how eNCA staffers have allegedly been working "in an atmosphere of fear and bullying".

Phakamile Hlubi who could have gone quietly or without saying anything about e.tv and eNCA, deliberately chose to publicly blast eMedia Investments' TV news division.

Anton Harber, eNCA's editor-in-chief, says in a statement "We are saddened that Phakamile Hlubi shoud say these things as she leaves the company".

"Her comments have been proved incorrect time and again. While we are far from perfect, we can say unequivocally that we are driving a policy of anti-racism, equity and transformation in an open and accountable atmosphere - and will continue to do so".

In an open letter to eNCA staffers as part of her goodbye, Phakamile Hlubi reveals that senior management and the board "refused to grant us the right to form an employee forum in May last year. They made it clear that any structure which was advocating for workers' rights on the premises was unwelcome."

Phakamile Hlubi writes that eventually "for the first time in the history of e Media, the company was forced to engage with the Communication Workers Union (CWU), as ordered by the CCMA. This was unheard of in the past. As you know, many previous generations of workers  had tried to do what we did, with dire consequences."

Describing the eNews and eNCA newsroom as "suffocating", Phakamile Hlubi says eNCA staffers "were forced to operate in an atmosphere of fear and bullying. Those who stood up for their rights were silenced through victimization, or attempts were made to frustrate them into quitting".

"The success of the Doek Campaign speaks volumes about how far we have come as employees. For the first time workers at eNCA were emboldened enough to take a public stand against the company's dress code policy." 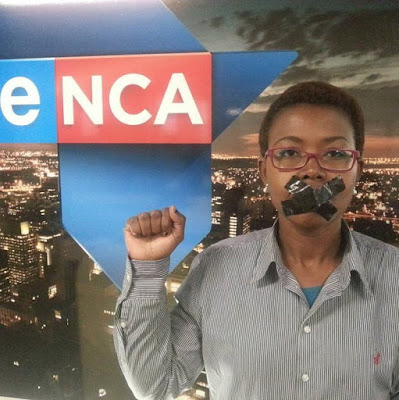 Phakamile Hlubi writes that there's been a "shift in mentality" in the eNews and eNCA newsroom management but that "much more needs to be done".

"There is no justification for a company like e.tv, which was formed after apartheid, to be implementing policies which are a reflection of the past."

"The role of journalists is to expose corruption and to speak truth to power. If you are in the news business, then you have to accept that your employees will hold you accountable for the decisions you make. We cannot claim to be an 'independent' media house if the people who work here are punished for speaking out."

Phakamile Hlubi in her open letter slams e.tv, eNews and eNCA saying "we still have many problems at e.tv: The lack of transformation,  racism, unjustifiable salary discrepancies amongst people who do the same work are just some of the problems which must be addressed".

"Anton Harber's appointment as editor-in-chief has brought an air of openness and engagement which was non-existent previously. When he took the position Harber promised to be a 'champion for transformation', and he has spent countless hours engaging employees".

"I urge the employees to continue engaging. But it must translate to action and real changes in the way we operate."

"I urge you to take Anton Harber on. If there is anything you are unhappy with, raise it. If you find your cries fall on deaf ears, fight for change."

Phakamile Hlubi writes that eNews and eNCA staffers "are not alone in our struggle. The response we have received from the public, and from political parties are proof that you are not alone."

"And you will no longer have to fight alone. The lack of a credible organisation to fight for the rights of journalists, means that we must lean on each other, and support each other, especially those journalists and media workers of our competitor."

Phakamile Hlubi says "I leave e.tv with no bitterness, in my heart. I fought a good fight because the constitution was the bedrock upon which I based this battle. All I have ever wanted is for the employees at e.tv to be and feel free."
on 4:13:00 PM