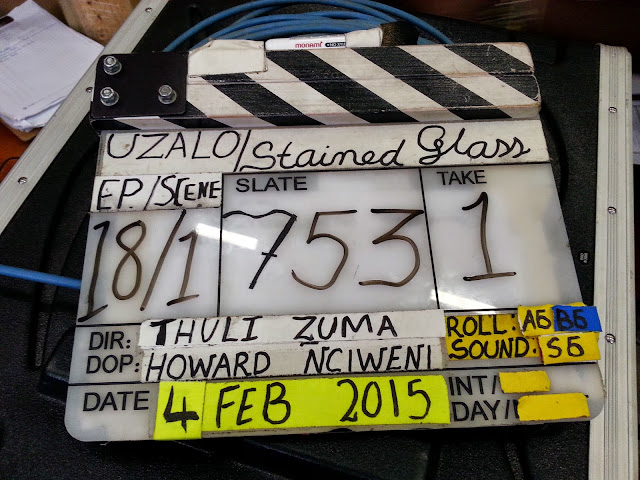 SABC boss Hlaudi Motsoeneng announced on Monday afternoon at another surreal and hastily convened SABC press conference that the SABC1 soap Uzalo will increase from 3 episodes per week to 5 and will now run every weekday.

The sudden announcement comes a day after The Sunday Times yesterday revealed that the famously matricless and scandal-riddled chief operating officer (COO) Hlaudi Motsoeneng  single-handedly overturned a panel decision not to renew the expensive soap shot in Durban that is co-produced and co-owned by president Jacob Zuma's daughter, Gugu Zuma-Ncube.

The SABC confirmed that Hlaudi Motsoeneng defied an earlier decision by a 6-person SABC panel in April 2015, including executives Clara Nzima, Maretha Bakkes, Vanessa Jansen and Reneilwe Sema who decided that the SABC will not to continue with the extremely expensive three episodes a week soap produced in Durban by Stained Glass Pictures.

After the revelation and despite the show's high production cost of R14 000 per minute, Hlaudi Motsoeneng is now adamant that Uzalo will no longer be on South African television just three days a week but suddenly told media on Monday afternoon the show is expanding to five episodes per week.

"Everybody who does well for the organisation, audience wise, revenue, they will be on five days, including Uzalo".

With its high production cost and big contract, Uzalo is currently the most watched soap and TV show out of all programming on the SABC, and also the most watched TV programme in all of South Africa television.
on 5:06:00 PM