Minister of communications Faith Muthambi launches into a shocking tirade against South African media, slams them for 'mission to paint this government as corrupt'. 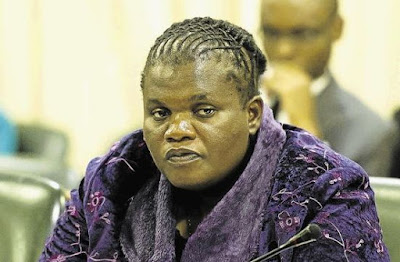 The minister of communications, Faith Muthambi, launched into a shocking tirade on Friday in parliament, unleashing a scathing attack on South Africa's media and journalists, accusing them of an agenda against the ANC government and hyping up a corrupt and helpless government.

Delivering her communications budget speech in parliament on Friday, Faith Muthambi unleashed a barrage of criticism against South Africa's media, slamming them for an agenda against the ANC government and accusing the media that "racist tendencies also play a role" in reporting.

"To sell, media houses' main mission is to paint this government as corrupt, helpless and inept," Faith Muthambi told members of parliament, saying that South African media "would rather focus on scandalising government, even if that means not getting all the facts right".

"It could also be argued that racist tendencies also play a role in stigmatising this black government led by the ANC," she said.

"It has now become common cause that the independence and professionalism of many journalists is now measured on how ruthless their reporting can be about this ANC-led government," said Faith Muthambi.

In her new Broadcasting Amendment Bill Faith Muthambi wants to reduce the number of SABC non-executive board members from 12 to just 9 and take away the National Assembly's role of selecting, interviewing and recommending the appointment of the SABC board.

"The white regime appointed the board members of the SABC and determined its editorial policy. Sound familiar minister?"

"The drafters of the Constitution intended this never to happen again. Because the ANC is under pressure at the polls the government now seeks to exert full control over South Africa's public broadcasting and print media".
on 12:58:00 PM