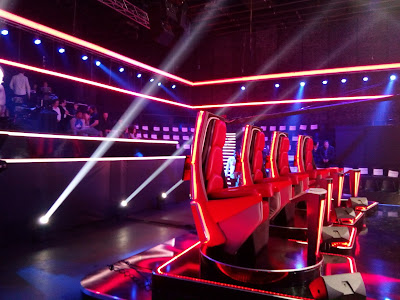 M-Net went down for the count on Sunday night when a total voting collapse of its online system marred the live finale of The Voice South Africa in which Richard Stirton was announced the winner and plunged the pay-TV broadcaster and the show into yet another voting scandal with none of the votes made by actual viewers on Sunday that were counted to determine a winner.

M-Net says it doesn't know what went wrong and why the voting system collapsed and that M-Net doesn't know who voted for who on Sunday night: the voting failure due to an avalance of votes is because The Voice South Africa is a victim of its own success.

The result is that viewers didn't chose the winner of The Voice SA on Sunday during the live finale of the reality singing competition as M-Net promised would happen, with only the votes made until the end of Thursday used to determine Richard Stirton as the winner.

Viewers whose data and votes were wasted on Sunday are furious over the The Voice SA voting failure that's highly embarrassing for M-Net and African Media & Production Network (AMPN) that produced the show in conjunction with the international format right holder Talpa international.

The Voice SA's voting collapse comes just two weeks after the show also suffered a voting glitch it blamed on Vodacom, when 8 000 SMS votes were delivered late and forced the show to have 13 instead of 12 contestants after M-Net and auditors Deloitte & Touche said that the "lost" votes could have changed the outcome regarding which contestant got sent home.

Sunday's The Voice SA voting system implosion is the second big voting scandal that's engulfed M-Net. In 2009 M-Net was mired in a viewers' voting scandal when Sasha-Lee Davids was announced as the winner of the 5th season of Idols although Jason Hartman was the real winner with 200 000 more votes that were not counted in time.

Technical voting problems also impacted Idols and the contestants in 2002, and again in the 10th season in 2014.

On Sunday night presenter Lungile Radu suddenly told viewers briefly that no votes made on Sunday will count anymore because of "intermittent" voting platform issues - something that wasn't explained and viewers didn't understand.

Yolisa Phahle, M-Net CEO who attended the live finale, left her seat during the show and didn't return - presumably called to be informed of the unfolding voting crisis.

After the conclusion of Sunday's live finale, no M-Net production executives, M-Net channel head or executive producer were part of the tabled panel for the press conference of The Voice SA as is usual and expected, and has been the case for all M-Net channels' reality competition shows the past few years like Idols, Power Couple SA, MasterChef SA and Survivor SA.

Yolisa Phahle who did appear but stood on the sidelines of the press conference and didn't take any official questions from the press corps on Sunday night. 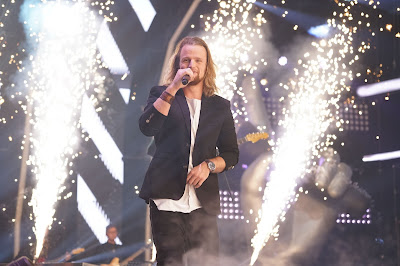 "Basically The Voice South Africa broke the internet on Sunday night," said Lani Lombard, M-Net's head of publicity, who said M-Net isn't sure of exactly what went wrong and why.

"There was a massive number of votes coming through on our voting platforms and as a result of that - as you know we are a responsible broadcaster - we are always very transparent what is going on in our voting platforms - and we work with our auditors as well, to make sure that the results are fair."

"Just to make sure that you are absolutely clear about this: Tonight's votes would have been added to this week's votes."

TVwithThinus asked what exactly went wrong and what M-Net and the production did after the voting failure a few weeks ago to pro-actively prevent and if the pay-TV broadcaster shouldn't have enlarged capacity if contestants' songs started breaking online records on iTunes.

"All the issues we've had up until now were on the SMS platform. So that was the reason why we didn't do that as well [SMS voting] on Sunday because we know that the volumes can create a problem. We did test our capacity and quite a lot as well."

"We tested the voting volumes up until 36 000 votes per seconds. We're not exactly sure what went wrong tonight. It was some kind of a technical error somewhere. But we did have tests to make sure that it wouldn't happen. But despite that, it still did."

TVwithThinus asked when on Sunday M-Net and AMPN noticed that there were voting irregularities.

"It happened very soon; literally seconds, minutes after the voting lines opened. Some people did have access to the voting platforms, and others didn't have access," said Lani Lombard.

"People started posting comments on social media, so immediately we started investigating that. There are also backups, so we reverted to the backups to see if we could get it going again but it was too intermittent."

"So because we are a responsible broadcaster and because we're always transparent, we went with the fair option not to make the votes count".

"This is the fairest decision because you don't know how many people voted for who. So it makes it very difficult to make a decision based on guessing work. The best possible thing was to revert back to the roll-over votes made until Thursday."

"It would be impossible to say how many votes went to the other contestants as well. I do think that we saw this week as well that Richard was number one on iTunes, he was extremely popular throughout the competition, and we could just have guessed how the voting would have gone tonight but it probably would have been very similar."

"We would have wanted all of the voting platforms to have worked 100%, so that is unfortunately how it happened," said Lani Lombard.

M-Net said it will release the voting data of votes cast until Thursday later.
on 8:02:00 AM