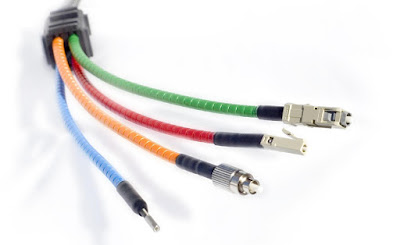 The Supreme Court of Appeal (SCA) in its scathing judgment slammed the minister of communications, Faith Muthambi, as "confused", her decisions as "irrational" and found that she failed to consult South Africa's broadcasters and TV industry properly over multiple changes to the country's digital TV migration policy, most notably a far-reaching decision to allow for non-encrypted decoders.

In the switch from analogue to digital TV, a process known as digital migration, South African TV households have to buy a new set-top box (STB) for around R800 (households earning less than R3200 get a subsidised free box) to keep watching free-to-air TV channels like the SABC and e.tv which will in addition to their existing channel offering start additional channels.

After the original DTT policy said STBs will be encrypted and contain what is known as conditional access (CA), a form of STB control similar to a M-Net decoder, Faith Muthambi suddenly announced that free-to-air services will have non-encrypted decoders.

MultiChoice and the SABC - with the SABC now producing channels for DStv in a contract worth hundreds of millions of rand - supported the decision on non-encryption for free-to-air TV channels' offering.

e.tv however decided to appeal the decision and now the Supreme Court of Appeal has found in e.tv's favour.

The judgment means more disruption in the process already long-delayed with the South African government that has, after years of court battles, infighting, scandals, constant regulatory changes and bureaucratic bungling missed the internationally agreed to deadline of June 2015 by which to complete the process. In South Africa the commercial DTT phase has not even begun.

The Supreme Court of Appeal in its scathing judgment also slammed Faith Muthambi for failing to properly consult with the TV industry and broadcasters.

"Minister Faith Muthambi's failure to consult, based upon her misunderstanding of what the 2015 amendment signified, was taken in a procedurally unfair manner, and was irrational," says the Supreme Court of Appeal in its judgment that finds that e.tv would be unable to compete with pay-TV providers.

"The Minister's confusion as to the effect of the amendment shows its irrationality, and for that reason too it is in breach of the principle of legality and invalid. The appeal must succeed on the ground that the amendment was made in an irrational and thus unlawful manner and is inherently irrational as well".

The judgment founds that Faith Muthambi failed to consult properly with South Africa's broadcasting regulator, the Independent Communications Authority of South Africa (Icasa), the Universal Service & Access Agency of South Africa (Usaasa), and broadcasters like e.tv and others over the change to non-encryption for the digital TV regulations change.

"The failure by minister Faith Muthambi to consult Icasa and Usaasa is even more egregious given their statutory duties. So, too, the failure to consult the appellants (e.tv and others), all of whom had an interest in the policy, was quite simply irrational."

e.tv's spokesman Vasili Vass told TVwithThinus that the broadcaster is working on a statement.

In a statement from the SOS Coalition and MMA the groups say "this judgment is not only a victory for e.tv, ourselves and and the people of South Africa in respect of the benefits they will derive from government-manufactured STBs outfitted with encryption technology. It is also a victory for our constitutional democracy."

In a statement Faith Muthambi's spokesperson Mish Molakeng says "The Supreme Court of Appeal has not ordered the reversal of the broadcasting digital migration policy or interdicted the implementation of this key national project."

"Digital terrestrial television (DTT) has the potential to radically transform the value chain of the broadcasting and telecommunications systems, thereby creating a new industry trajectory that will assist in addressing the triple challenge of poverty, unemployment and inequality."

"Noting this judgement, on Friday June 3, Minister Faith Muthambi will be in Kwaggafontein in Mpumalanga driving registration for set-top-boxes for qualifying television owning households."


Find the full Supreme Court of Appeal judgment below: