SABC boss Hlaudi Motsoeneng shades local rapper AKA: 'Viewers know the singer because of the SABC. Without SABC there is no AK'. 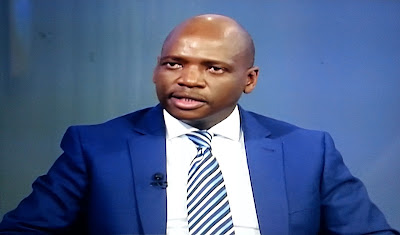 The SABC boss Hlaudi Motsoeneng says rapper AKA would be nothing without the SABC.

On Monday the public broadcaster's limelight-loving chief operating officer (COO) once again went on one of his own channels to talk about some of the SABC's grandiose new plans but when viewers indicated they're more interested in AKA's upcoming appearance, he threw serious shade at the local rapper.

Hlaudi Motsoeneng on Monday went on SABC2's Morning Live to talk about the SABC's new plans for new TV channels for an interview marred by sound problems that anchor Leanne Manas apologised for.

Leanne Manas told viewers they can ask Hlaudi Motsoeneng questions about the SABC's new TV channels plans, as well as for the SABC's chief financial officer (CFO) James Aguma who hardly got any talk time and had little specific to say during the segment.

"I quickly had a glimpse at Twitter to see if there are any questions you would like to ask the COO and CFO. Please do. This is your platform right now," said Leanne Manas.

"But it seems that people are too excited that AKA is coming to visit us so I don't know guys if you can compare to AKA at this point. So it looks like that's all they want to talk about."

The professional anchor then cleverly tried to open and give the SABC executives what is called an "easy in" by creating a link to a comfortable talking point by saying "that's local content. The power of local content."

Hlaudi Motsoeneng abruptly replied: "But they know the singer because of the SABC. Without SABC there is no AK," he said, leaving out the last letter of the stage name of the rapper whose real name is Kiernan Forbes.

"And this is what we are say. We are calling  local content. So at the SABC we want to make sure that we cater more local content."

"Remember Leanne, we have put more than R600 million to cater for local content. People see many changes within the organisation especially because we have been concentrating using English. Now we are going to use other African languages which is good for the country."
on 7:12:00 AM