Prince William reveals when he was scolded by Queen Elizabeth II who came running across the lawn in special Sky News programme, The Queen at 90. 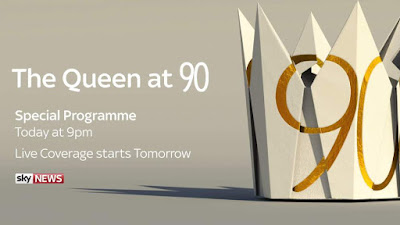 On the 90th birthday of Queen Elizabeth II, her grandson Prince William in a new documentary reveals how his furious grandmother ran across the lawn at Balmoral and gave him "the most almighty b*****king" after a quadbike and go-cart accident with his cousin Zara.

Prince William is one of the British royals who opens up tonight in the special programme on Sky News (DStv 402) at 22:00 (South African time), The Queen at 90, to celebrate the British monarch's birthday on Thursday.

(Her official birthday will only be celebrated in June).

In the programme, Prince William tells of how his grandmother was there for him after the death of his mother, Princess Diana and how a particular scolding she gave him as a teenager had stuck with him over the years.

"(We) were on a quad bike in Balmoral and we were chasing Zara around who was on a go-cart. Peter and I managed to herd Zara into a lamppost and the lamppost came down and nearly squashed her."

"I remember my grandmother being the first person out and running across the lawn in her kilt. She came charging over and gave us the most almighty b*****king."

"That sort of stuck in my mind from that moment on that I really should be a little bit more careful about what I'm doing and try not to kill my cousins."

In the programme Prince Williams says "having lost my mother at a very young age, it has been particularly important for me that I had somebody like the Queen to look up to and who has been there and has understood some of the more complex issues when you lose a loved one."

While The Queen at 90 doesn't appear on MultiChoice's electronic programme guide (EPG) for DStv, South African and African subscribers can tune in tonight at 22:00 or set a manual recording for that time.
on 9:47:00 AM