Person of Interest seen on M-Net cancelled; 5th season will be its final with the last 13 episodes burnt off twice a week from early May. 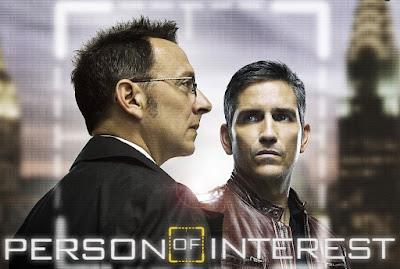 I saw it coming - and I'm not talking about the machine predicting the cornershop smash-and-grab: the cancellation of Person of Interest that will end with the upcoming 5th season.

After a very long an unusual delay (a year since the last season ended!) and after the entire 5th season was filmed but didn't get a spot on the American TV network CBS's schedule for months and months, a starting date of early May was finally announced - with a very unusual play-out schedule.

CBS will burn off two episodes of the 5th season of Person of Interest per week.

After already guessing that Person of Interest is dead, the schedule twist of two episodes per week, basically all but confirmed it as CBS took a page from the playbook of South African broadcasters who will burn through an entire season or series of a show when it wasn't good or to make an artificial date like a channel relaunch.

Sadly, Person of Interest, was and is good. Now Jesus Jim Caviezel will be gone quickly from May in the last shortened season of 13 episodes.

No word yet of when the 5th season will arrive on M-Net (DStv 101) in South Africa and Africa.

"We're extremely excited to be able share this final season with the fans. We're eternally grateful to our amazing cast and crew, as well as our partners at the studio," says Person of Interest executive producers Jonathan Nolan and Greg Plageman in a statement.

"Most of all, we want to thank the show's fans - the best fans in the world. This subversive little paranoia-inducing cyberpunk-thriller is for you and would not have been possible without your support."

"As life has come to imitate Person of Interest, it's been our great privilege to work on show for the past five seasons. We can't wait for you to experience this thrilling and final chapter".
on 11:06:00 AM