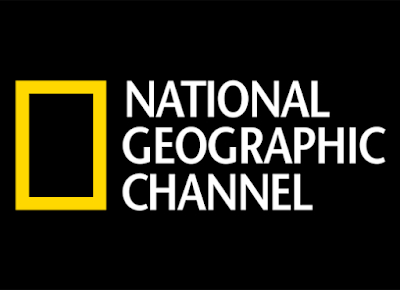 The National Geographic Channel (DStv 181) has announced new shows for 2016 and 2017 while it's revamping its Explorer strand into a weekly "docu-talk" series that will have celebrity guests, field reports and talk show segments filmed in front of a live studio audience.

Explorer, done from New York, will start on National Geographic Channel in 2017 worldwide, including on the channel as seen on DStv in South Africa.

"The Explorer announcement marks a significant expansion in the scope and ambition of the series and emulates National Geographic's ongoing commitment to topical, entertaining and, most importantly, vital reporting," says Tim Pastore, president of original programming and production for National Geographic Channel.

"We are investing heavily in creative, entertaining projects that break the rules on how we report on the world and everything in it".

Other new National Geographic Channel projects include Lawless Oceans, a new 6-part documentary series scheduled for 2017 that will follow investigator Karsten von Hoesslin as he tries to solve the case of a murder at sea that was captured on video.

Jason Silva from Brain Games is the presenter of Origins, a new series that will look at how modern humanity took shape, with episodes focused on a single subject like fire, tools and transportation.

Chain of Command is a new 10-episode series in which National Geographic Channel will work with the Pentagon to look at what happens inside the American military in Afghanistan for a year.

Earth Live! is an event programming strand that will include showing wildlife activity from 7 continents.

Deep Freeze is a new documentary series that will look at the life-threatening working conditions for scientists in Antarctica studying the effects of climate change.

Parched is a new 4-episode series look at the world's water crisis.

Mars is a 6-episode series that is both scripted and unscripted and will be shown simultaneously on the National Geographic Channel. Mars tells the story of how man will eventually colonise Mars in 2032 as part of the first manned space mission to the red planet and will be broadcast at the end of this year.

Project Puppy will follow 6 families as they raise a puppy.

Pet Talk will be a new prime time talk show presented by two veterinarians, a wildlife expert and a field reporter.
on 1:34:00 PM