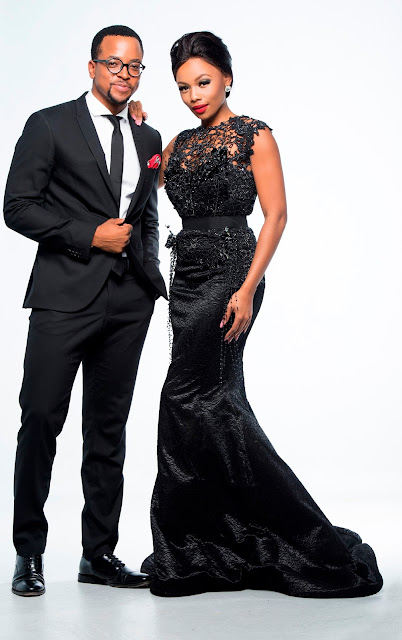 Bonang Matheba and Maps Maponyane will be the red carpet presenters of E! Entertainment's E! Beyond the Red Carpet: Saftas TV special that the channel will broadcast two days after the conclusion of the 10th South African Film and Television Awards.

The NBCUniversal International Networks channel that is available on MultiChoice's DStv in South Africa is now also available on StarTimes in some other African territories since the beginning of this month.

E! announced in mid-February that it's now going to start doing local South African red carpet coverage - the channel's first move to go local with its signature type of programming since E! Entertainment (DStv 124) launched in Africa on DStv at the end of 2004.

Besides Bonang Matheba and Maps Maponyane covering for E!, will be the Idols judge Somizi Mhlongo and the South African entertainment reporter based in New York Nadia Neophytou as the two red carpet presenters for the official Saftas production and broadcast.

While the official Saftas red carpet coverage and awards ceremony will be broadcast live on 20 March on SABC2, the E! Beyond the Red Carpet: Saftas TV special will be shown two days later on 22 March at 20:00 on E!.

The E! Beyond the Red Carpet special will also include segments looking at the South African talent working behind some of the nominated movies and TV soaps, as well as how some red carpet looks for the event came together.
on 2:02:00 PM