Adam Stotsky promoted and appointed as president of E! Entertainment; now oversees all day-to-day operations of the NBCUniversal channel. 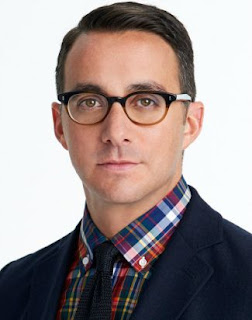 Adam Stotsky has been promoted and appointed as president of E! Entertainment (DStv 124).

Adam Stotsky was previously general manager of the NBCUniversal International Networks channel. He's now E! president and will continue to be president of the pay-TV channel Esquire Network - a channel aimed at men, that's not available in South Africa and Africa.

"Adam Stotsky is an exceptional senior executive who has been successful in leading the teams at E! and Esquire Network and setting their strategic direction for future growth," says Frances Berwick, president of lifestyle networks at NBCUniversal Cable Entertainment.

"I am excited to announce his well-deserved promotion and expand his responsibilities at E! as we continue to build on our success as a multi-platform powerhouse offering exclusive access to celebrity lifestyles and the world of entertainment".
on 12:46:00 PM