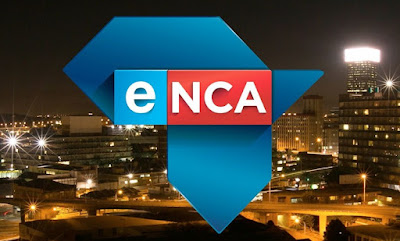 eMedia Investments' eNCA news channel, supplied to MultiChoice's DStv satellite pay-TV platform, has been in the news more and more the past year over various labour issues - although it hasn't reached the level of internal labour strife at rival Infinity Media's ANN7 (DStv 405) news channel where news about staff turnover, firings and even physical fights between news personnel have been making headlines.

eNCA fired Modise Morobane last week after he wrote an open letter accusing eNCA of racism, questioning why top executive positions at eNCA are given to whites, and alleging that eNCA are preventing workers from organising and joining unions.

eNCA said the claims are defamatory and false and that Modise Morobane wasn't fired because he tried to organise workers into a trade union but for defamation and misconduct. "Staff may join a trade union if they wish. The issue here was an open letter making false and defamatory claims".

The Communications Workers' Union (CWU) now says it will take eNCA to the Commission for Conciliation, Mediation and Arbitration (CCMA) for firing Modise Morobane.

In a press statement last week the Communications Workers' Union (CWU) said its "disgusted and outraged at the ongoing violation of workers' rights and blatant racist practices at eNCA and e.tv".

"Since October 2015 the TV channel has been ducking and diving when it had to hold a meeting with CWU to discuss organisational rights in the company in terms of the Labour Relations Act whereas over 50% of the TV channel staff has voluntarily joined the CWU," says the union.

"This was followed by a process of looking for wizards and witches everywhere, where intimidating calls to workers were made by management, asking them whether they have joined the union, whether they were still interested in the union, why they are joining a union and so on."

"This attitude of the TV channel towards the union is triggered by the fact that the executive and the board know that they violate not only worker rights but human rights too on a daily basis. We find it totally unethical that this company could conduct itself in this manner regard being had to the political and legal dispensation in the country."

In its statement the CWU says "the continuation of white supremacy and anti-transformational agenda in the TV channel has once again found its expression in the recent appointments announced by the board."

"The board has chosen a white male, Anton Harber, to take up the most senior, strategic position as editor-in-chief of news. There is no doubt that while Harber has journalism experience, he is not an experienced broadcaster."

"They have a number of senior black managers with years of broadcasting experience who were overlooked. To add salt to the wound the executive and the board chose not to advertise this position internally, so that they are able to ignore those blacks who are already in the system and who had obtained necessary qualifications."

The CWU in its statement alleges that "furthermore black reporters are not llowed to wear 'doeks' or African head scarves on air. Workers were told that Muslim women would be banned from wearing the hijab on air. Clearly this is a violation of their rights".

"We take the strongest exception to people spreading falsehoods and defamation, such as those disseminated in the 'open letter' and the CWU statement," says Vasili Vass, eNCA head of corporate affairs.

"eMedia Investments has always operated in accordance with the law, the Labour Relations Act and the Constitution and will continue to do so."
on 12:08:00 PM