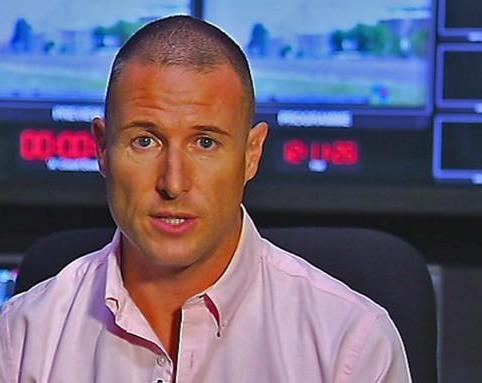 On Thursday afternoon eNCA (DStv 403) finally started reporting about its own senior anchor Andrew Barnes who the Sabido-run TV news channel on DStv started disciplinary measures against following an on-air comment regarding the basic minister of education, Angie Motshekga - including a recorded on-air apology from Andrew Barnes.

eNCA has taken Andrew Barnes off air with immediate effect with Amy MacIver substituting on News Day on Thursday afternoon.

Later on Thursday afternoon eNCA, which initially didn't report the news late on Wednesday or early Thursday, finally started to report about the incident on-air.

Mapi Mhlangu, eNCA news director, read the same statement on-air that eNCA supplied to the media, saying "his comment was not only hurtful and unneccessary, but deeply insensitive. eNCA apologises for his comment."

"We remain committed to honest, fair, accurate and unbiased reporting. Any action or statement from an employee that undermines that ethos is taken very seriously."

Andrew Barnes who was taken off air, is appearing on-air in a recorded apology.

"I'm grateful for this opportunity to apologise for a comment that I made on News Day on Wednesday afternoon," said Andrew Barnes, appearing with an unbuttoned shirt and without a tie.

"I made fun of the education minister's pronunciation of the word 'epitome'. I realise now that that comment caused a lot of hurt and offense because ultimately it was unfair and insensitive. To those at home and minister Motshekga, I'm sorry," said Andrew Barnes.