After publicly removing him, eNCA refuses to tell viewers exactly what anchor Andrew Barnes' punishment is; anchor will return on Wednesday to NewsDay. 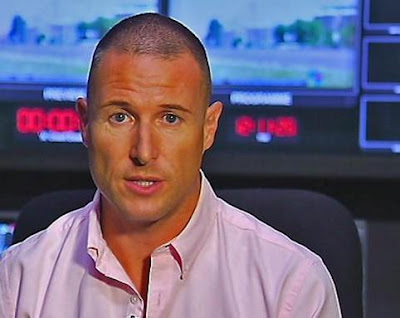 eNCA (DStv 403) refuses to tell its viewers what punishment the Sabido-run TV news channel meted out to its NewsDay anchor Andrew Barnes.

eNCA says Andrew Barnes will be back on air on Wednesday, 20 January after being off-air for two weeks, but is silent on what specific steps the "sanction" taken against the removed midday anchor entails.

The TV news channel on MultiChoice's DStv satellite pay-TV platform removed Andrew Barnes with immediate effect as NewsDay anchor on 7 January and started disciplinary proceedings after he quipped on-air about the minister of basic education, Angie Motshekga, that "maybe someone should have a word with the basic education minister on how to pronounce the word epitome".

eNCA management said Andrew Barnes' comment was "not only hurtful and unnecessary but deeply insensitive".

Andrew Barnes apologised following the social media firestorm that engulfed eNCA, and also did an on-air apology as part of an eNCA report on the matter.

After Andrew Barnes was publicly removed from eNCA airwaves, viewers are left in the dark as to the specific nature of what actions were instituted against the anchor in the disciplinary process.

Despite a lack of what specific actions were taken against Andrew Barnes, eNCA tells TV with Thinus that it wants viewers to be confident that it dealt fairly with the matter.

"An internal disciplinary process has been conducted" says eNCA, saying "the sanction is a matter of privacy between the company and Andrew Barnes".

"eNCA is confident that the process has been dealt with expeditiously and fairly. The company will not tolerate any actions that are considered not to be fair and accurate commentary".

In a statement earlier, eNCA only says Andrew Barnes "co-operated fully and has been sanctioned".

"To date he has been a model employee without any previous transgressions. He has shown remorse for his conduct and the company also accepted his internal apology. The nature of the sanction remains a matter between eNCA and Andrew Barnes."
on 9:52:00 AM