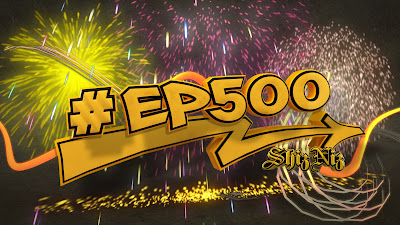 The e.tv show Shiz Niz will celebrate its milestone 500th episode today at 16:00, looking back at highlights from previous episodes, as well as standout performances.

Shiz Niz, produced by Red Pepper Productions, is the longest-running hip hop show on free-to-air television, and has done a lot to raise awareness, grow the popularity of, and promote the local South African hip hop scene.

This afternoon e.tv viewers will be able to look back at the humble beginnings of Shiz Niz presented by Morena Sefatsa's older brother Mbuso Sefatsa.

The Vuzu AMP (DStv 114) presenter and SA's Got Talent judge Lalla Hirayama also presented Shiz Niz and viewers will be fascinated by how she has always had "mad" talent.

Today's Shiz Niz episode on e.tv will look back at previous episodes and performances and the presenters will talk to some of the Hip Legends who will share with viewers what they think of the Shiz Niz journey and the development of hip hop in South Africa.

"You know that it's a significant genre when ventures such as Fill Up the Dome are opened by the minister of sport Fikile Mbalula and congratulated by the president. Shiz Niz has played a part in growing this genre in the past 500 episodes."
on 1:10:00 PM