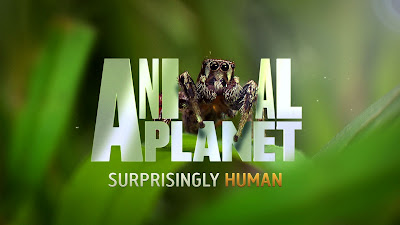 MultiChoice Africa and Discovery Networks for the Central and Eastern Europe, Middle East and Africa (CEEMEA) region are removing Animal Planet from 10 December from DStv's channel line-up in Nigeria where subscribers last month were outraged over a transgender show on Discovery CEEMEA's other channel, TLC Entertainment.

In South Africa meanwhile, Animal Planet is tiered upwards and will only be available to DStv Premium and DStv Extra subscribers from 10 December.

Taking Animal Planet away from DStv Compact subscribers is part of a "new packaging strategy for Discovery's channel portfolio," says MultiChoice in a statement.

Last week Discovery CEEMEA held its annual upfront in South Africa but said nothing about the pending Animal Planet change on DStv.

The Discovery World (DStv 187) channel, another Discovery channel available on DStv, was interestingly completely left out of the upfront and even its channel logo was nowhere to be seen. It instantly sparked speculation over whether Discovery World is going to be removed from MultiChoice's DStv platform in 2016.

Asked if the Discovery World channel will be discontinued in 2016 and why the channel was removed from the upfront, Discovery CEEMEA isn't giving a definite answer and says it "wanted to concentrate the story on less channels this year to increase the impact on the audience, and we were very pleased with the results".

Meanwhile making Animal Planet a more exclusive channel is part of "a new approach, to be announced shortly, that will align these services with DStv customers in a way that will deliver superior value to fans of Discovery's brands all over Africa," says MultiChoice.

Meanwhile Scripps Networks International's Travel Channel will get a wider distribution from 10 December when the channel is opened to DStv Compact and DStv Family subscribers. The channel is currently only available to DStv Premium and DStv Extra subscribers.
on 1:45:00 PM