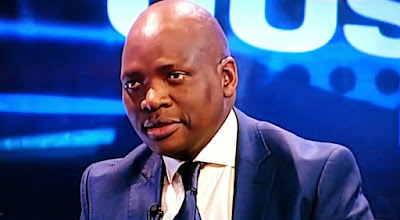 While that would set the stage for his looming suspension and for a disciplinary process to start against him at the South African public broadcaster under normal circumstances, the SABC and Hlaudi Motsoeneng announced on Friday in a terse statement that the public broadcaster will now take the case to South Africa's Constitutional Court.

"The South African Broadcasting Corporation (SABC) has instructed its lawyers to lodge an urgent appeal with the Constitutional Court, in regards to the judgment handed down by the Supreme Court of Appeal yesterday," says the SABC in a statement.

The Western Cape High Court ruled twice before that Hlaudi Motsoeneng should be suspended immediately at the SABC and that a disciplinary process should start against the chief operating officer (COO) of the public broadcaster in line with the recommendations made by South Africa's Public Protector Thuli Madonsela in her scathing report that was released in February 2014.

Instead the SABC responded by appointing Hlaudi Motsoeneng in July 2014 as the permanent new COO of the SABC.

In the shocking report which found maladministration and pathological corporate governance deficiencies at the SABC, the Public Protector found that Hlaudi Motsoeneng "should never have been appointed at the SABC".

In a recorded interview with the Public Protector the matricless Hlaudi Motsoeneng admitted that he lied about having a matric and that he made up symbols for a matric certificate he knew he couldn't produce.

Hlaudi Motsoeneng's salary which is now a staggering R3.78 million, saw his remuneration increase in one year from R1.5 million to R2.4 million. The Public Protector found that he abused his power and also directly implicated him in getting rid of all of the people at the SABC who testified against him in an earlier disciplinary case against him.

The Supreme Court of Appeal says the Public Protector fulfills a watchdog role in South Africa and that it's findings should not be ignored.

The Supreme Court says that the SABC can't just launch its own investigation and then decided based on that investigation that that findings supercede the Public Protector's findings and recommendations.

The Supreme Court of Appeal says the SABC runs the risk of damaging a disciplinary process against Hlaudi Motsoeneng which will be undermined if he is not suspended.

Now the dragged out case fought in court and which has already cost millions and continues to tarnish the image of the SABC, will proceed to the Constitutional Court.

Remember when the SABC's own Hlaudi Motsoeneng killed planned SABC interviews because they were apparently biased and didn't contain "both sides" of stories?

On Friday morning on SABC2's Morning Live the SABC did a story about the SABC and Hlaudi Motsoeneng which was one-sided and only had the SABC lawyer "unpacking" the Hlaudi Motsoeneng case. There was nobody else and no lawyers or representatives for the other parties involved.
on 7:24:00 AM