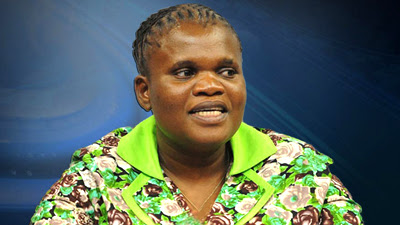 The ANC political party seems done with South Africa's stray and inept minister of communications, Faith Muthambi, who keeps embarrassing the party and who has done little to help and instead deepened the morass of South Africa's botched migration to digital terrestrial television (DTT) and exacerbated the problems at the crises-riddled SABC.

At the ANC's National General Council NGC) decisions were taken regarding both South Africa's digital television migration which is years behind schedule and to relook the decision regarding set-top boxes and encryption in the DTT process completely mired in chaos - as well as a renewed effort to try and stabilise the destruction of the public broadcaster.

The ANC is furious with Faith Muthambi over her digital TV migration failure and over the ongoing barrage of problems and unabated bad publicity created by the SABC's controversial and famously matricless boss Hlaudi Motsoeneng following her push to get him permanently appointed as chief operating officer at the embattled South African public broadcaster.

After the ANC's NGC the wayward Faith Muthambi issued a statement saying that South Africa's digital terrestrial television migration policy was "not up for reversal" and said the ANC NGC lied since it wasn't discussed at the NGC.

The ANC is now slapping Faith Muthambi down in a strongly-worded statement, with Luthuli House saying Faith Muthambi has "opted again to speak on ANC decisions unmandated" and will be talking to her over her "unfortunate communication".

"We want to place on record that the issues of digital migration and the SABC were discussed extensively by the commission which resulted in the decisions that were taken," says ANC spokesperson Zizi Kodwa.

The ANC says Faith Muthambi "unfortunately accused the chairperson of the subcommittee of being a liar."

The ANC is angry at Faith Muthambi over South Africa's "unfortunate failure" to move from analogue to digital terrestrial television (DTT) and missing the international June 2015 deadline after years of procrastination and failings, as well as the "terrible instability" at the SABC.
on 8:37:00 AM