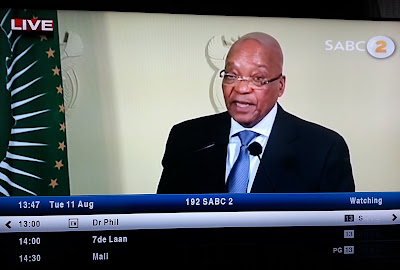 President Jacob Zuma decided to inform South Africa on what progress the government has made since his State of the Nation address in February.

SABC1 and SABC3 remained with its scheduled programming, while SABC2 suddenly switched without telling its viewers.

SABC2 gave no advance warning about schedule changes to the media for Tuesday or bothered to update the SABC2 schedule on the SABC's own website,or to tell MultiChoice to amend the DStv electronic programme guide (EPG) still showing Dr. Phil as supposed to be on.

Maureen says she will not "bother with SABC2 again" and that "there was no notice given".