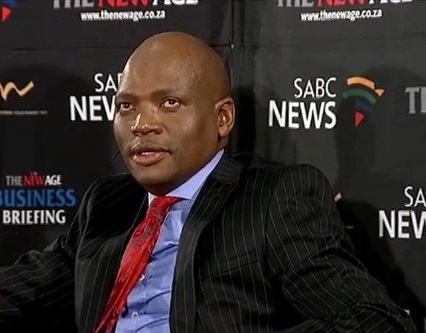 SABC boss Hlaudi Motsoeneng remains adamant that all South African journalists should be licensed, slamming all journalists for being lazy and "not doing proper work".

The SABC boss told the audience in the discussion which was televised on SABC2 that president Jacob Zuma's current government can't be blamed for Eskom's load shedding.

Speaking at The New Age newspaper's latest breakfast briefing as a panelist with the topic State of the Media, the SABC's highly controversial and famously matricless chief operating officer (COO) said "our journalists are lazy; they don't do proper work".

The embattled Hlaudi Motsoeneng is embroiled in a protracted court fight after the Western Cape High Court has already twice ordered the SABC to immediately suspend him – a judgment he's appealing.

Last year the Public Protector in a damning report implicated Hlaudi Motsoeneng in maladministration and corruption at the public broadcaster, finding that "Hlaudi Motsoeneng should never have been appointed at the SABC" and that he should be suspended.

"I know Lumko [Mtimde, SABC board member] is sitting there. I'm calling all of them, who believe in me, and them, to make sure that we lobby for journalist to be regulated so that they take accountability," said Hlaudi Motsoeneng on Monday. 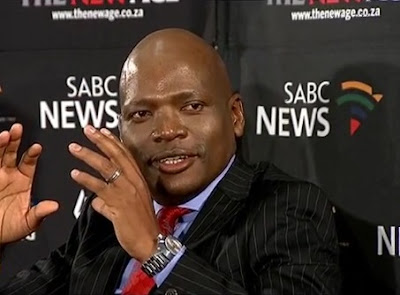 "At tersiary level. Who are the lecturers? They are wrong people."

"Lecturers at tertiary level is where they poison the mindset of young people. When they lecture all this people who are doing journalism or communication, they mislead them about their own country. Because they have their own views," said Hlaudi Motsoeneng. "So we need to check who are these lecturers."

Hlaudi: Zoom in for Nkandla
About the controversial Nkandla saga – president Jacob Zuma's over-priced private homestead upgraded with millions of taxpayer money with shoddy work – Hlaudi Motsoeneng said he instructed the SABC's head of news, Jimi Matthews, to zoom in with the camera to give the right Nkandla perspective.

"There were so many houses there. Long ago. But when the media talk about Nkandla, they portray the whole houses. As if those houses are new. Which is also misleading."

"I have been talking to Jimi there. To say Jimi but why can't you zoom on the new houses where government was involved. Because if you put them together, you are misleading the country."

Panelist and broadcaster Stephen Grootes, columnist and senior political correspondent for Eyewitness News (EWN) said media regulation is dangerous. "People who say they want to regulate have only one thing in mind: They want to control the media and that’s what we have to be aware of."

Stephen Grootes asked Hlaudi Motsoeneng: "Who licenses journalists? When do you remove a license from a journalist? What is a journalist in the first place? Is it someone who sets up a Twitter account called 'I am a Journalist'? Is that person not allowed to go and report? To analyse; report?"

"Is someone, somewhere, Big Brother perhaps, decided that you can't do that anymore because we're going to close your Twitter account because you don't have a licence?" 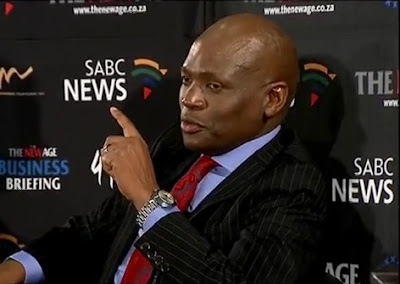 Media regulation talk 'alarming'
"To Hlaudi Motsoeneng, I find it alarming when a fellow journalist can sit on a panel like this and say 'we' should regulate the media," said Ferial Haffajee.

"The public broadcaster should be a thing that's owned by all of us as the public. When a colleague says we should regulate the media – and that person is the head of the SABC – that is a very difficult thing to hear. Any talk of regulation and a media tribunal is totally unneccesary."

'Some black people are lost'
"Sometimes we have black people, but they are lost where they are," said Hlaudi Motsoeneng talking about transformation, as the audience burst out in laughter.

"Most of the time when you read, especially print media. Where there is a black person in charge, for them there is chaos. They portray as if black people can't run big organisations."

"If you come to the Eskom, the issue that is raising about load shedding. Of course load shedding. You can't blame the current government. Example. You need to do your own research," said Hlaudi Motsoeneng.

Riah will talk to SABC
The under siege national police commissioner Riah Phiyega was also in the audience and was asked specially asked by the SABC if she thinks she has been treated fair by the media.

"I will tell my story at some point. And I'm sure the SABC and those who are willing to hear about objective story telling about what happened, would be able to hear my story," after which she turned her head away from the microphone.
on 9:07:00 AM