BREAKING. Frans Matlala appointed as the new permanent CEO of the SABC, says he needs 'to acknowledge the honour I've been given'. 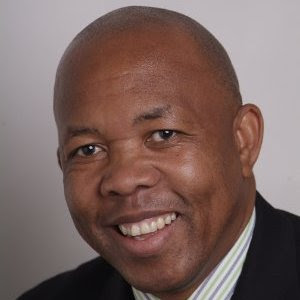 Frans Matlala has been appointed as the SABC's new CEO, saying "I need to acknowledge the honour I've been given".

Frans Matlala, a banking executive and consultant to the SABC for project management and strategic advisory services, has been a keen supporter of the SABC's controversial and famously matricless chief operating officer (COO) Hlaudi Motsoeneng,

The appointment comes almost a year and a half since Lulama Mokhobo abruptly quit in February 2014 after just 14 months into her 5 year contract without any explanation.

Like Eskom, South African Airways and the South African Post Office, the SABC's new CEO faces  a daunting and herculean task to try and right the struggling broadcaster which came to the brink of financial collapse in 2009.

Frans Matlala becomes the SABC's 9th CEO - including those who were appointed in an acting capacity in the position for a period of time - to be in charge of the public broadcaster since 2009.

Over the past 6 years several SABC CEO's left before their terms ended, several got golden handshakes of millions of rand when leaving and several took legal action when their contracts were terminated.

The appointment of a permanent CEO at the SABC is crucial to try and repair stability at the beleaguered public broadcaster which keeps lurching from crisis to crisis and which is constantly battered by a barrage of bad press.

Serious concern has also been growing the past two years about the SABC news coverage; the unstable SABC board lost several members, and former chairperson Ellen Tshabalala was forced to step down in December 2014 after she exposed for lying about fake tertiary qualifications she didn't have.

In April ongoing concern was raised in parliament over the SABC's audience share which is flat at 53%.

The SABC also wasted R3.39 billion on irregular spending in three years according to the Auditor General (AG) and the public broadcaster has so far received 4 consecutive annual qualified audits from the AG.

Since Lulama Mokhobo abruptly quit in February 2014 after just 14 months into her 5 year contract without any explanation, the SABC has been without a CEO for a year and five months until now.

That left Hlaudi Motsoeneng in charge as the next highest ranking SABC executive, himself embroiled in litigation over his appointment and fingered in a scathing report from the Public Protector, implicating him in maladministration, corruption and abuse of power at the SABC.

Frans Matlala's held a number of senior executive positions at places like Standard Bank, African Life SA, First National Bank and South African Breweries, and lists a graduate diploma in engineering, a B.Sc in chemistry and a M.Sc degree.

Frans Matlala's studied at the University of Cape Town, Duke University and Wits.
on 2:42:00 PM