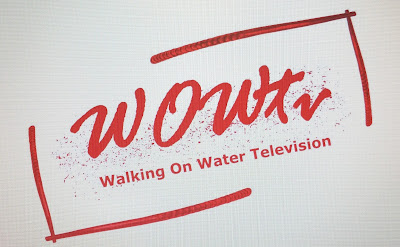 Another so far dormant pay-TV broadcaster, WoWtv which got a pay-TV licence in 2007 is finally ready to start its commercial pay-TV service in South Africa and wants to launch, offering 19 TV channels and 8 radio stations.

Walking on Water Television (WoWtv) was granted a licence in September 2007 to start a subscription TV service.

WoWtv got a pay-TV licence together with Super 5 Media (then called Telkom Media) which has since tanked and closed down without doing anything; On Digital Media (ODM) which launched the struggling TopTV - now StarSat - in May 2010 and remains in business rescue; and e.Sat which decided against starting a pay-TV platform but rather creating TV channels like the eNCA (DStv 403) TV news channel for MultiChoice's DStv.

The Independent Communications Authority of South Africa recently warned that companies who had received licences for communications services but who are not using them or the spectrum will now start running the risk of losing these licences.

That, coupled with the roll-out of subscription video-on-demand (VOD) TV services from Altech's Node to Times Media's VUZU, MTN's FrontRow and Netflix which will be in South Africa before the end of next year, seems to have given new urgency to those with pay-TV licences to sew up and secure the broadcasting rights of whatever programming are still available and to start services as soon as possible.

WoWtv has now filed its Application for Authorisation of Channels. The term is the usually uneventful process all pay-TV operators undergo when they want to add TV and radio channels to their services.

The usual non-descript, mostly administrative process often goes off without a hitch, although it sometimes stir massive controversy like when ODM twice approached Icasa to start hardcore pornographic TV channels which were okayed during the second application but finally shut down at the beginning of this year.

WoWtv applied to start a "family-friendly" and multichannel pay-TV service to broadcast "only 100% Godly television content and entertainment".

WoWtv says it wants to operate "in the mainline television broadcasting industry" through "divinely inspired television programmes and genres that are designed to be relevant in today's world of entertainment".

All the radio channels WoWtv wants to add are from Germany and in German, except one from Namibia, Hitradio Namibia which also broadcasts in the German language.

Subscribers will have to buy a WoWtv decoder costing R675, as well as a smartcard of R110. Then there's the dish of around R400 and a once-off installation cost of around R450.

People have two weeks to comment at Icasa on WoWtv's channels authorisation application.
on 1:08:00 PM