Minister of communications, Faith Muthambi, not concerned about e.tv's court clash over a set-top box control system for digital television. 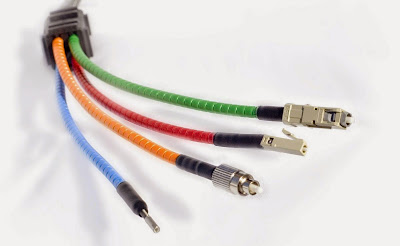 South Africa's minister of communications, Faith Muthambi, says she is not concerned about delays to the roll-out of digital terrestrial television in South Africa which could be caused by the looming court clash between the government and e.tv over encryption control.

The country's sole free-to-air commercial TV broadcaster, Sabido's e.tv, is taking the government to court in a controversial fight over the control system for the set-top boxes (STB) needed for digital terrestrial television (DTT).

In less than a month - on 17 June 2015 - South Africa and the government will embarrassingly miss the international deadline of the International Telecommunications Unions (ITU) the government agreed to for the switch-off and conclusion of the digital migration process whereby broadcasters switch from analogue TV signals to DTT signals.

South Africa hasn't even started the commercial switch-on of DTT and "dual illumination" period which takes about four to five years to complete and no STBs, which viewers will have to buy at a cost of around R700 to R800 exist for consumers to buy.

Last month e.tv decided to take the government to court over the contentious issue of whether the government subsidised STBs should include a control system or not.

Faith Muthambi on Wednesday said the looming court clash in the Gauteng High Court to have aspects of the Broadcasting Digital Migration (BDM) policy reviewed will not delay the process of digital migration.

While the department of communications in March published a new and amended DTT policy stating that government subsidised STBs would contain a control system, e.tv says that doesn't mean that all STBs would be able to encrypt TV signals.

While Sabido's e.tv and some local decoder manufacturers are for compulsory encryption to be enabled through the STBs, MultiChoice, M-Net, the SABC, community TV stations and some manufacturers are against it. e.tv therefore went to court to change the non-mandatory inclusion of a control system.

South Africa's controversial and long-delayed switch from analogue to digital television is years behind schedule due to government bungling and delays, multiple ministers of communications who have come and gone, industry infighting over everything from broadcasting standards to decoders, delays with and the multiple reissue of DTT regulations as well as problems over everything from set-top box standards to drama around the dubious STB tender process worth billions.

Questions are meanwhile being raised over the dramatic underfunding and DTT budget shortfall, with experts asking where the money to enable the subsidising of STBs the government envisions, will be coming from.

With all these ongoing DTT issues swirling, e.tv is still adamant that it wants the STBs to have the ability to encrypt broadcast signals and wants a control system in the boxes to be made mandatory.

e.tv considers it essential to be able to encrypt its broadcast signal "primarily because this would prevent non-compliant STBs from receiving digital broadcast signals, thereby ensuring a uniform and reliable viewing experience".

e.tv says without this, it is unlikely that the broadcaster in the future will be able to offer high definition (HD) TV channels. e.tv argues in its court application that it is unlawful for Faith Muthambi to "make decisions on certain key critical technical issues that affect free-to-air broadcasters".
on 5:28:00 PM