BREAKING. High Court orders the SABC to give live coverage on SABC2 of the Democratic Alliance political party's federal congress this weekend. 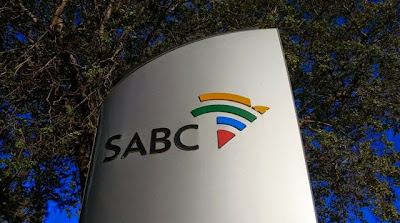 The South Gauteng High Court in Johannesburg has ordered the SABC, which initially refused, to provide live coverage on SABC2 of the Democratic Alliance's (DA) federal congress starting today and taking place in Port Elizabeth this weekend.

The SABC News TV channel has a very small audience compared to SABC2, which means that the SABC was denying public interest, although coverage like this is supposed to be given according to the public broadcaster's own editorial policy.

The SABC wasn't prepared or willing to do the same for the Democratic Alliance party, although the SABC's editorial policy states that the SABC gives full or extended live television and radio coverage to "broadcasting events of national importance".

Earlier the SABC's head of news Jimi Matthews said he is not going to allow the Democratic Alliance to control the platform on which it is broadcast.

Instead of giving the Democratic Alliance live coverage on SABC2, the SABC and SABC2 wanted to stick to its "regular" schedule on Saturday of broadcasting repeats and the lowbrow Japanese game show Takeshi's Castle, and on Sunday more repeats and the American lifestyle show Iyanla Fix My Life.

SABC spokesperson Kaizer Kganyago said the DA wants to "dictate to the SABC" what coverage the public broadcaster is supposed to get.

The SABC has been unable to explain how it's fair for the public broadcaster to show one political party's election congress live on the SABC, but not another political party.

While the DA will be electing a new leader at the DA's Congress to replace the outgoing Helen Zille, the SABC told the political party it won't be showing any of it on public television, although the SABC recently gave uninterrupted coverage for the ANC's birthday celebration on 8 January in Cape Town.

The ANC's spokesperson Jackson Mthembu slammed the SABC on Friday in several tweets, calling the SABC "stupid" and a "fool" and saying the SABC's "failure to cover the DA congress on the free-to-air channel is so unfortunate, stupid and has nothing to do with the ANC".

"The DA congress is in the public interest. They are the second biggest party in our country. It's only a fool that will not know that!"

"The more we ANC members are not open about SABC blunders‚ the more we are seen to be working with them," said Jackson Mthembu.

Terry Motau representing the SABC, told the High Court that the live coverage would have financial implications for the SABC, since TV commercials were sold in advance for the timeslots the SABC would be forced to cover the DA congress on SABC2.

"The SABC isn't the only medium where people can get the results," Terry Motau told the court.

Anthony Stein, for the Democratic Alliance, told the High Court that the SABC should long ago have made provision and plans for covering the political party's congress and that "alarm bells should have been ringing" at the SABC in advance if there had been a lack of proper planning and discussion for covering the news event of national importance.

"The SABC is funded by everybody in this country," said Anthony Stein.

Late on Friday Judge Zeenat Carelse in the South Gauteng High Court ruled against the SABC and ordered the public broadcaster to give live TV news coverage on SABC2. The SABC lost the case with costs.

"The SABC conceded before Judge Zeenat Carelse that it had no case, by agreeing to the order sought by the DA," the Democratic Alliance federal executive chairperson James Selfe said in a statement.

"The SABC must act with political impartiality and must not display bias in its live coverage decisions," said James Selfe.

"This is a victory for democracy. Only through live political coverage on free-to-air channels can voters in South Africa make informed political decisions. Live coverage eliminates the potential of editorial influence over political events," said James Selfe.

"The SABC's SABC News channel on DStv requires an expensive subscription, beyond the means of millions of South Africans," said James Selfe.

Live coverage of the Democratic Alliance's federal congress will start today on SABC2 at 10:30 for the opening ceremony. Live coverage on SABC2 will start on Sunday, 10 May, at 13:00 for the announcement of a new DA federal leader.

The media crisis management of the SABC was again basically non-existent during the latest tiff on Thursday and Friday as the SABC's image and reputation was again seriously being dented further.

On Friday and Saturday there was no formal statement from the SABC regarding the issue and the SABC's coverage plans, and on Saturday no notification from the SABC on coverage and no programming advisory from SABC2 on the schedule changes to inform viewers of how the programming line-ups will be changing and what would be showing when.
on 8:16:00 AM