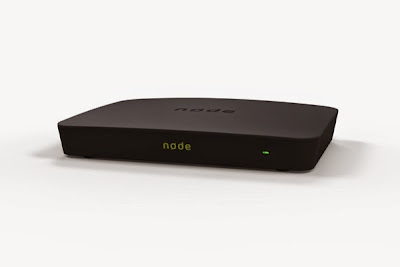 Altech's Node, the consumer console launched last year by the division of Altron TMT, is a video-on-demand (VOD) flop with South Africans, with the company now looking for an alternative after a tepid reception from consumers.

When Altron TMT reports its results tomorrow, it will show that the Altech Node was a VOD failure with the company making plans for an alternative.

The Altech Node was launched in September 2014 but the expensive black set-top box (STB) has failed to gain traction with consumers in the 7 months since causing a major underperformance to Altron's initial expectation.

The Altech Node has "performed below expectations with regard to retail customer take-up," says Altron TMT in a trading update, saying the company is "well advanced in terms of exploring alternative opportunities for this business".

While the Node launched with 200 hours of TV series, 140 movies, 150 hours of kids programming, 150 hours of documentaries, and 30 hours of current affairs programming Altech failed to ever tell consumers, TV critics and the press and potential subscribers about the content ever again.

The marketing and publicity for the Node was basically non-existent and where there was anything it focused on the actual decoder, not telling consumer what the actual content is they can get access to.

Altech never said when there's new content on the box which gets updated in cycles and what that watchable content would be, never pushing programming update alerts to the media like rivals.

The Altech Node's surprise launch came a week after the Times Media Group (TMG) launched its VIDI video-on-demand (VOD) offering, the cycled content about which TMG communicates regularly and for which consumers don't need an expensive Node-like device to access.

The global video-on-demand service Netflix told TV with Thinus in January that it is coming to South Africa and that it will definitely be available for South African viewers and launch here before the end of next year.
on 3:19:00 PM