SABC's SABC News such a mess that two of president Jacob Zuma's wives are invited to The Newsroom, who then start fighting with each other. 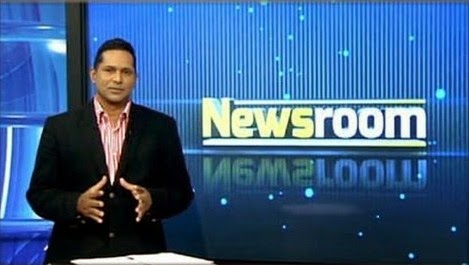 The SABC's guest booking at SABC News (DStv 404) is such a mess and the internal communication so bad that two of president Jacob Zuma's wives were invited as guests to Eben Jansen's The Newsroom - with both who showed up and then started fighting with each other in front of SABC staff, and then both left leaving SABC News and the show with none to interview.

The Mail& Guardian reports that Bongi Ngema and Tobeka Madiba both showed up for the very same interview, on the very same programme on SABC News' The Newsroom, about the very same topics - without ever having been told about each other by the SABC, after both were invited.

The women starting fighting with each other and screaming in Auckland Park in full view of staff and then accused the SABC of setting them up.

They both left after the highly embarrassing booking blunder of the SABC's 24-hour TV news channel. The Newsroom wanted one of the wives to talk given that it was Women's Day.

The SABC's head of TV news, Jimi Matthews, apparently had to intervene but both women left since neither wanted to appear on the SABC and the SABC News channel after the incident.