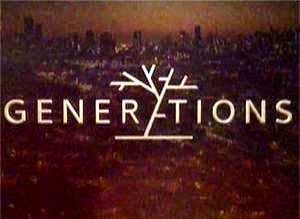 Massive drama engulfing the SABC, with the public broadcaster's production company responsible for making Generations which has just fired the entire striking Generations cast and dismissed all the actors who appear on the SABC and South Africa's most watched TV show.

The move is completely unprecedented in the 38 year history of South African television where a wholesale abrupt firing of a locally produced TV show, or soap, has never taken place before.

Making the firing even more spectacular is how much the show means to the SABC.

The highly lucrative show is the biggest money earner for the public broadcaster, making even the smallest tampering with Generations and any changes - let alone something like the wholesale firing of the cast - a dicey and risky move lest it impacts negatively on the show's popularity and viewership figures if it alienates audiences.

Advertisers cough up an astronomical R220 000 per 30 second ad break in Generations to get their product or service in front of the massive average audience of 7.5 million viewers who tune in on weeknights at 20:00 on SABC1 to watch the faces of the characters they love.

The SABC and MMSV Productions "have today terminated the contracts of the striking actors on the SABC1 soap drama, Generations," the SABC confirms to TV with Thinus in a tersely worded statement.

"The termination follows calls by both parties for the actors to return for recordings, following the start of their illegal strike," says the SABC.

"The principal cast of Generations, who have been withholding their services, have each received letters of dismissal, with immediate effect," says the Generations Actors Guild who say they're deeply "saddened".

The Generations actors will now look at their legal options as a result of their wholesale firing.

"We are saddened by this development, but remain steadfast in our goal to ensure fair working conditions for ourselves as creative professionals," they say.

It's not clear how the SABC plans to handle the massive exit of major actors from the popular soap who went on strike last Monday, asking yet again for the promised 3 year contracts, better pay, and the payment of  "royalties" due over rebroadcasts and international sales of the popular show.

Generations attracts an audience of 7.5 million viewers per weeknight on the SABC's SABC1 at 20:00 making it by far the most watched show on South African television for the past 21 years and dwarfing the rest of the top five shows on free-to-air television in the country.

Generations episodes are recorded six weeks in advance, which means that a highly dramatic change is in store for the primetime soap when the actors will suddenly disappear, without warning, on-screen at the end of September.

Whether the massive number of characters will simply disappear in a hardcore abrupt reset of the soap, or whether new actors will suddenly be replacing them at extremely short notice is not clear.

What is certain is that a seismic shock is coming for the show and viewers - a dramatic sea change in how the battered soap will look and which might rock SABC1's Generations' viewership numbers and dent the programme's popularity - possibly permanently.

"The SABC and MMSV Productions would like to assure the public that measures have been put in place to ensure the future of Generations," says the SABC in a statement, not elaborating on how what exactly it will be doing to salvage what at best can be described as a television trainwreck situation.

After firing the Generations actors on Monday, executive producer Mfundi Vundla of MMSV Productions told Radio 702 that "there will still be a Generations in the future for more new actors. Generations will go on, with or without these people. The fact that we've gotten rid of these people doesn't mean it's the demise of the series".

The week long strike which started on Monday a week ago, was the second strike by the Generations actors who were ordered to report to work on Wednesday, and then again today (Monday) ... or be fired.

They refused to go to work today despite the second ultimatum, saying that they're being exploited, that their show generates an incredible income for the SABC, and that they don't want to live as "struggling actors".

The actors first embarked on a strike in October 2013 - 10 months ago, over the same issues. After weeks of tense backroom negotiations, they were finally coaxed back to work with promises that the SABC and MMSV Productions would look at the issues.

The SABC's famously matricless Hlaudi Motsoeneng personally intervened as chief operating officer (COO) into the issue at the end of 2013 and declared then that "the matter has finally been laid to rest".

It clearly wasn't. Now the Generations actors lose their jobs; viewers lose the faces of people they know and love and have welcomed into their TV households - and the SABC and SABC1 are inflicted with further brand and reputation damage - as well as a possible viewership and ratings impact from October.

The Generations actors strike - twice in the span of 10 months - followed by the firing of the actors on South Africa's biggest show and soap is entirely unprecedented in the 38 years of South Africa's television industry and will be sending shockwaves through the business, further entrenching the image of ongoing instability at the SABC.
on 4:42:00 PM