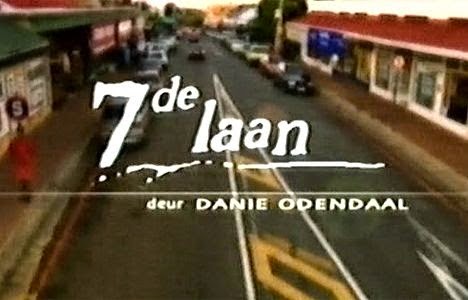 Dramatic changes are coming to 7de Laan on SABC2 - the SABC's biggest and only predominantly Afrikaans language weekday soap - since the show is apparently too Afrikaans and not multicultural enough according to SABC executives.

The drama and upheaval behind the 14 year old Danie Odendaal Productions soap, set in the fictional Johannesburg suburb of Hillside, is the second big SABC soap set for drastic on-screen changes.

The 7de Laan shocker comes at the same time that scandal has engulfed the SABC's biggest weekday soap Generations, following a week long walk out by the principal cast over multiple remuneration and contract issues which had been simmering for months, with the SABC and Morula Pictures which fired the 16 actors this past Monday.

While 7de Laan is remaining on SABC2 - although the SABC Television division at the SABC moved the bulk of Afrikaans language programming in July from SABC2 to SABC3 which has a much smaller broadcasting footprint - a major cut in Afrikaans has been enforced and is on the cards for the soap.

SABC executives apparently also ordered production changes in the on-air cast, as well as behind the scenes because 7de Laan is apparently not multicultural enough.

SABC executives apparently ordered a dramatic cut to specifically Afrikaans in 7de Laan, by possibly as much as 80%.

Besides the cut to specifically the amount of of Afrikaans heard in the popular soap, Danie Odendaal Productions apparently also has to appoint more "non-white" actors to appear on screen in the soap who will not be speaking Afrikaans while subtitles will remain in English only, appoint more "black" crew and creative staff instead of "white" directors and writers, as well as a "black" consultant to advise on storylines.

The SABC didn't respond to media enquiries made on Friday and Saturday seeking comment about the show and the changes ordered.

7de Laan had a weekday audience of 1.9 million viewers on SABC2 which has been falling. Latest ratings indicate 1.6 million tuning in.

The falling viewership could possibly be attributed to the fact that ancillary programming in Afrikaans or targeting the same audience as 7de Laan - around the show and serving as lead-in and lead-out programming - no longer exist.

7de Laan has a harder time grabbing and capturing viewers and holding on to those viewers since they're already watching shows on other channels with little incentive programming to pull them and keep them on SABC2 from before, and following after, the soap.

A television industry insider not connected to the show, the past week called 7de Laan a place where "the rats are jumping ship".
on 9:45:00 AM