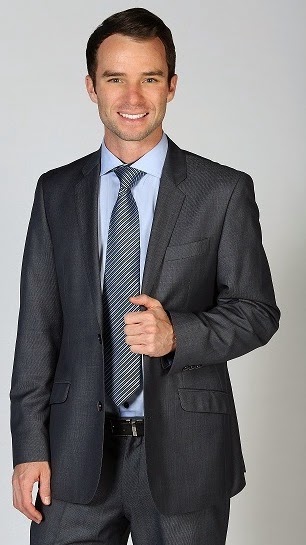 South Africa is losing its best TV weather guy who ironically also happens to be America: Derek van Dam who just got engaged to his girlfriend Tara Hossack on Sunday evening is leaving eNCA (DStv 403) for CNN International (DStv 401).

It's a massive blow for eNCA where Derek van Dam joined in 2008 to help set up the fledging 24-hour TV news channel's weather service and has gone on to endear himself to South African viewers with his hard work to learn the proper pronunciation of South Africa's varied place names, and working in clever, bite-sized meteorological education in his weather reports.

"Six years later and we have an entire department of meteorologists and climatologists producing round-the-clock weather updates," says Patrick Conroy, head of news at eNCA.

"Derek has done the job we asked him to do. We are greatly indebted to him and we know South Africa will miss him. He became one of us".

eNCA descibes the loss of Derek van Dam to the TV news channel as "great sadness".

Derek van Dam will be leaving for the United States in July, taking up a post with CNN International in Atlanta. eNCA's climatologist Candice McKechnie will be taking over as the acting head of eNCA weather for the time being.

"Living and working in South Africa has been a tremendous honour for me. I will be forever grateful to my colleagues at eNCA for the experiences and knowledge that we shared together as well as the tremendous support from the countless South Africans who welcomed me into their homes every night on TV," says Derek van Dam in a statement.

"I have also been granted permanent residence, so I plan to spend a lot of time in South Africa in the future".

"I have mixed emotions about leaving the country of which I have grown to love. But as my mother always taught me, 'don't be sad that it's over, be happy that it happened'. This is not goodbye South Africa, rather it is a 'see you later and have a good one!" says Derek van Dam.
on 1:22:00 PM