BREAKING. Sharknado 2 coming to Studio Universal on 31 July at 04:00 and 20:00 as part of a global roll-out of the shark-schlock movie. 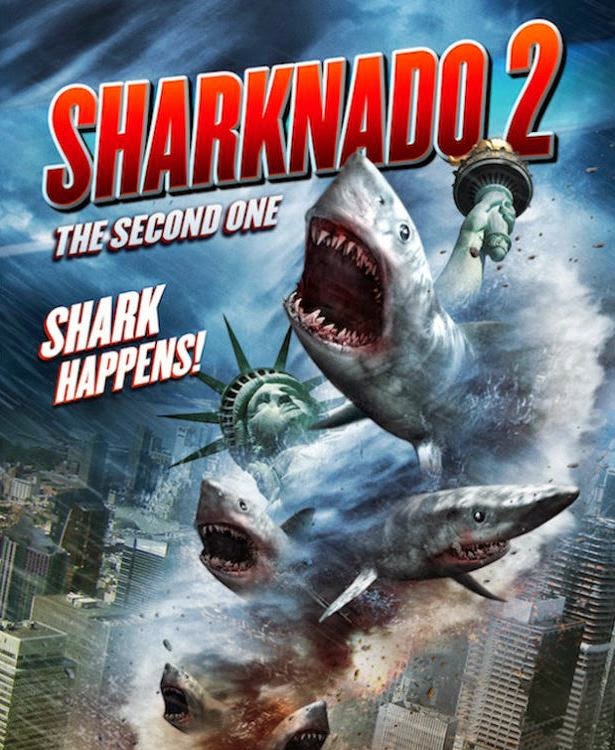 Sharknado 2, the follow up to the its-so-bad-its-so-great schlockfest film of last year, is coming to South African viewers on Studio Universal (DStv 112) on 31 July at 04:00.

Sharnado 2: The Second One's quick showing in South Africa forms part of a massive global roll-out of the movie which viewers in 86 countries will get to see at the same time.

DStv subscribers in South Africa will get the chance to tune in to watch Sharknado 2 again at 20:00 on the same day with Ian Ziering and Tara Reid who both reprise their roles as Fin and April battling flying and falling sharks in a trashtastic schmaltz movie you can't believe but can't look away from.

South Africa joins viewers in Australia, Asia, France, Germany, Iberia, the United Kingdom and Latin America who will get to see Sharknado 2 at the same time.

The time stars like Kelly Osbourne, Andy Dick, Mark McGrath, Kari Wuhrer and Vivica A. Fox are making cameos (which means: they all get killed off. Viciously.).

In Sharknado 2: The Second One, a freak weather system turns its deadly fury on New York City, unleashing a "sharknado" of epic, gigantic proportions on the hapless population, which leads to a feeding frenzy in the Big Apple.
on 1:55:00 PM