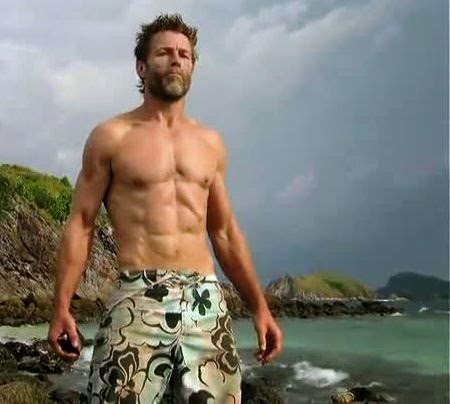 Perhaps fitting for a show thematically built around pirates and piracy and set in the South China Sea, M-Net's Survivor South Africa: Champions has become globally popular as the show's episodes are illegally downloaded and are being shared by viewers around the world.

The new season shown on Sundays at 17:30 on M-Net - the fifth local version of the international format which was filmed at the end of 2013 by Endemol South Africa - managed to not only revive viewers' interest in the South African version but also garnered international viewers.

People as far afield as Canada, Norway and New Zealand quickly enquired how they can maybe watch episodes of Survivor South Africa: Champions as soon as possible and they download episodes which are available the very next day after a Sunday's broadcast.

While episodes of Survivor South Africa: Champions are illegally uploaded to be downloaded and shared by people across the world, it doesn't appear to have hampered the viewership and ratings of the show in South Africa.

Survivor South Africa: Champions instantly shot into the list of weekly top 10 most watched shows on M-Net and has steadily climbed where it has now become the second most watched weekly programme on the South African pay-TV broadcaster, edged out from the number one spot only by the Sunday night magazine show Carte Blanche.

It's not clear whether viewers are tuning in for the new twist in which former sport captains, rugby's Corne Krige (pictured) and soccer's Mark Fish led different teams and who themselves can't be voted off.

The surging popularity of the reality show which has now passed the halfway mark and which will end with a live finale in mid-May revealing the winner, could also be due to a combination of theunexpected twists and the intriguing collection of remaining contestants.

Among the conniving players remaining in the show are a gay wedding planner rugby player, a sportman who grew up in Hillbrow, an astrophysics student from Khayelitsha, a helicopter pilot, a farrier who's never been married, and a scheming contestant who's worked in counter-intelligence in Afghanistan.

Asked about what M-Net is making of the illegal downloading, yet buoyant online popularity of Survivor South Africa: Champions, the pay-TV broadcaster tells TV with Thinus that it doesn't condone piracy of TV shows.

"Even though the illegal downloading and sharing of Survivor South Africa: Champions indicates how popular the show is and demonstrates the great demand for top-notch local productions, M-Net does not condone piracy in any form or in any region".

"Piracy has a negative impact on the development of the local television and film industries and harms the investment of broadcasters and sponsors," says M-Net.
on 3:48:00 PM