BREAKING. Former SABC CEO Dali Mpofu: 'The SABC is a slave of the ANC', says 'his master's voice' is muzzling freedom of speech. 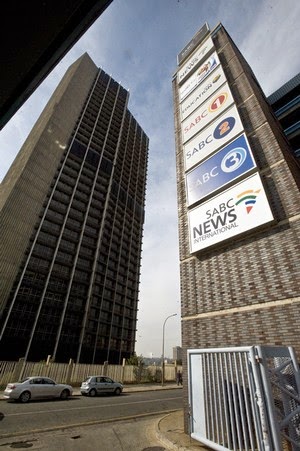 A former CEO of the SABC, Dali Mpofu, is lashing out at the South African public broadcaster, saying "the SABC is a slave of the ANC".

Advocate Dali Mpofu who was the CEO of the SABC between 2005 and 2009, trashed the SABC in front of the Compliance and Complaints Committee of South Africa's broadcasting regulator during a late Friday public hearing.

Dali Mpofu said "other neutral broadcasters, not slaves to the ruling party, have aired the advert".

Dali Mpofu said "his master's voice" - a reference to the ANC stemming from the apartheid -era days when the SABC was a National Party mouth piece - is "muzzling" freedom of speech in South Africa.

"The fear expressed by the SABC [of banning political TV adverts' amounts to censorship, it is a citizen's right to choose or reject," Dali Mpofu told the Independent Communications Authority of South Africa (Icasa).
on 12:25:00 PM