National Film and Video Foundation (NFVF) on death of Nelson Mandela: 'We salute our filmmakers who captured his story in his lifetime'. 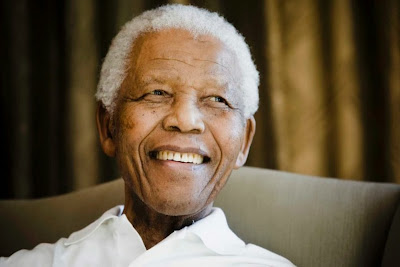 South Africa's National Film and Video Foundation (NFVF) says "the country and the world mourn this icon who taught the world the importance of reconciliation, unity, forgiveness and peace".

"Madiba contributed immensely to the transformation of this country, a contribution that led to our people gaining a voice to speak freely and to tell the story of South Africa," says Zama Mkosi, NFVF CEO.

"To all the filmmakers, let us continue to celebrate and honour our former president through the telling of his story, honouring his memory and in the process ensuring that the world and future generations remember his life and are inspired to themselves live out all that Madiba stood for."

"We salute our filmmakers who had the foresight to capture the Nelson Mandela story in his lifetime, now more than ever that work will be our means of positive reflection and inspiration."

"As we bid Tata farewell, we salute the film industry for continuing to capture the nation's sentiments in moving pictures," says Zama Mkosi.
on 3:57:00 PM