BREAKING. Paul Deen dumped by The Food Network over racial slur; TV chef fired after admission that she used racial slur in the past. 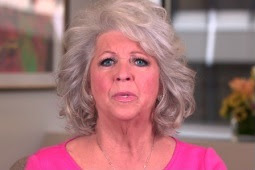 The Food Network (DStv 175) has dumped Paula Deen after the TV chef's admission - and a few hours ago a video apology - of using a racial slut in the form of the "N" word in the past.

"The Network will not renew Paula Deen's contract when it expires at the end of this month," says the TV channel, owned by Scripps Networks Interactive, in a just released statement.

Paula Deen appeared in her own apology video a few hours ago, saying "I want to apologize for everybody for the wrong that I've done," in 46 seconds in which a haggard-looking Paula Deen said that she wasn't able to go on television in America on Friday to talk about it. "Inappropriate hurtful language is totally, totally unacceptable."

"I want to apologize to everybody for the wrong that I've done. I want to learn and grow from this."

"I've made plenty of mistakes along the way, but I beg you, my children, my team, my fans, my partners – I beg for your forgiveness. Please forgive me for the mistakes that I've made."

Paula Deen appeared on The Food Network in shows such as Paula's Home Cooking, Paula's Best Dishes and Paula's Party has built a food empire around her brand which includes cookbooks, restaurants and cooking utensils.
on 11:05:00 PM