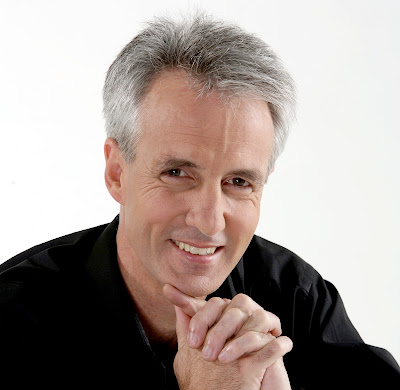 I can exclusively break the news that the highly-regarded Ed Worster, SABC3 channel head is leaving on early retirement. His last day on the job steering SABC3 will be next Friday 16 February.

I can exclusively reveal that Ed Worster told shocked shocked SABC3 staff - a complement of about 20 people on Tuesday that he's taking early retirement.

Here is what TV with Thinus can report exclusively: Ed Worster called a general SABC3 staff meeting on Tuesday and dumped the news on a traumatised SABC3 staff complement that he is leaving. Staff left in tears.

SABC3 staff members are numb and kept the news to themselves, although the news leaked through another SABC division. "I have lots to say but I don't have anything to say," said a severely shocked SABC3 staff member.

I'm told that several SABC3 staff members started to cry and the tears came after Ed Worster adjourned the meeting he called to announce his shock resignation announcement to a bewildered SABC3 staff.

I can reveal that Lefa Afrika, the current head of programming at SABC3 will be taking over as acting SABC3 channel head in the place of Ed Worster. Again, neither SABC3 nor the SABC has confirmed anything of this, but I'm told SABC3 staff are in shock.

"Ed was beloved. He knew his stuff. He came from SABC2 and he started to rectify the sorry state of affairs SABC3 was in," an SABC3 staff member told me.

"I don't have words. I can't fathom why he would want leave us. We loved him," said another. " Ed has become SABC3; he lives this brand. He steered it back to some respectability," said a third. "Without Ed Worster I don't know what future SABC3 will have as a so-called quality brand," a fourth SABC3 employee told me. "Ed gave SABC3 dignity again," said a fifth insider. "I'm numb, and in shock. I don't have words. He just said he's taking early retirement and that's all."

Ed Worster replaced Mate Mosito-Okaba as acting SABC3 channel head in March 2011 and worked hard to turn around the floundering SABC3 which is the SABC's only commercial TV channel which was beset with floundering ratings, bad programming and a severly damaged brand. Before that he was SABC2's programming manager where he also diligently worked to put together SABC2's schedule.

According to various sources, Ed Worster didn't announce why he's leaving and didn't give any indication of what he will be doing next.
on 4:02:00 PM