Game of Thrones, Dexter, The Big Bang Theory the most pirated TV shows of 2012. 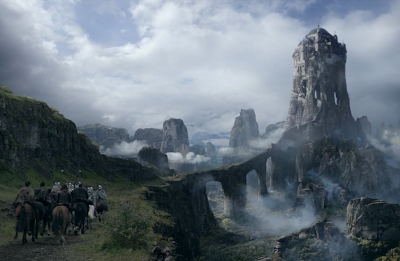 Game of Thrones, Dexter and The Big Bang Theory - all shown on M-Net in South Africa, top the list of the most illegally downloaded shows in 2012, followed by sitcom How I Met Your Mother seen on e.tv in the 4th place.

TorrentFreak released its annual list of most popular illegally pirated TV shows and in 2012 more than 80% of all TV content downloaded illegally, came from countries outside of America.

Viewers with internet access in countries around the world are taking to illegal downloads in an ever increasing number as their impatience grows and as they're unwilling to wait for TV shows and episodes to show up on their TV sets in countries where pay-TV is prohibitively expensive or distribution of specific shows are limited.

No African country made the list of top 10 countries where the biggest illegal downloads happens. According to TorrentFreak more than 90% of illegal downloading through the internet happens within the first seven days after a new episode of a TV show becomes available.