Paul Dempsey named the new interim CEO of BBC Worldwide until Tim Davie can fulfill the position permanently in 2013. 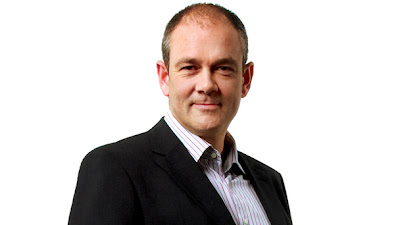 Domino effect: Paul Dempsey has been named the new interim CEO of BBC Worldwide - having to step in to replace Tim Davie who is actually the new CEO of BBC Worldwide, but had to suddenly fill in at the scandal-ridden BBC as the new acting director general after the resignation of George Entwistle.

In a statement BBC Worldwide says that Paul Dempsey will be the interim CEO of BBC Worldwide from December until Tim Davie becomes available again in 2013.

Paul Dempsey, currently the managing director for consumer products at BBC Worldwide, will oversee the BBC's commercial arm from December. "I am proud and privileged to have been asked by Tim to take on these responsibilities as an interim measure until he arrives early next year. BBC Worldwide is a dynamic company with exciting times ahead of it. My immediate priority will be to provide the company with leadership and direction so it can keep on delivering great returns to the BBC."

Tim Davie says that Paul Dempsey has "a great track record at BBC Worldwide and a sound understanding of the commercial imperatives that have made it an international success. I have every faith that he is the right person to lead BBC Worldwide over the coming months and make sure it carries on supporting the BBC brand around the world."
on 10:11:00 PM