SABC AFTER THE ISIDINGO FIRE: 'Lots of work still needs to be done and some threats have been identified,' says Hlaudi Motsoeneng.

The SABC as a public broadcaster is still steadfastly refusing to give a value to the horrific damage and loss caused by the fire which engulfed Henley Studios on 13 June at the SABC Aucklandpark headquarters and destroyed the Isidingo set (although the exact amount of the millions of rands of damage will eventually come out - it has to be reported in the financial year report, so just wait), but says the broadcaster is "pleased" with the progress it has made.

The fire which burned out of control for hours on the night caused water, electrical, heat and smoke damage to seven studios, the adjacent building and facilities, impacting on the production of not just Isidingo which had to continue emergency production on location elsewhere, but also Muvhango and Generations. 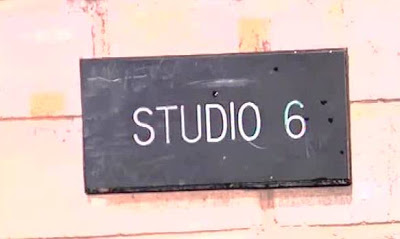 Studio 6 at Henley Studios - wrecked in the massive blaze - has now been decommissioned.

The SABC now says that the electrical system, sprinkler system and air-conditioning system have been reconfigured and restored and that all studios, except for the damaged studio 6, are back in full operational condition. "All productions continued internally, with the exception of Muvhango, which has been accommodated externally."

"Lots of work still needs to be done and some threats have been identified," says Hlaudi Motsoeneng, the SABC's acting chief operating officer (COO). "I am confident we will be able to recover completely and return to full scale production."

The SABC says Studio 6 "has been temporarily decommissioned".

"Engineers are determining the extent of the damage and are currently compiling a plan that will ensure efficient restoration of the studio. Alternative arrangements have been made to ensure that all productions continue uninterrupted."