BREAKING. Pregnant Siba to keep cooking - now for the Food Network as young chef becomes 2nd South African to get her own show. 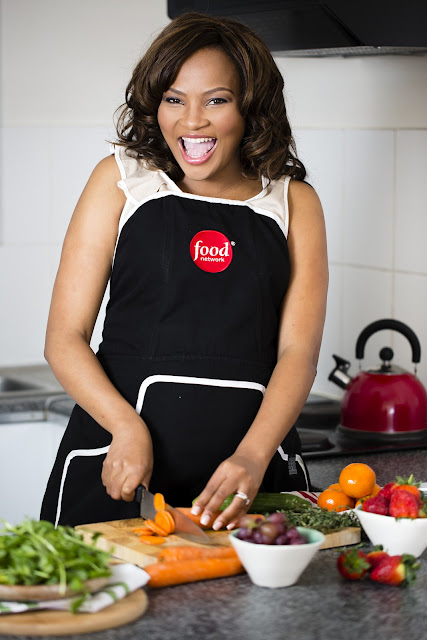 The pregnant chef Siba Mtongana will keep cooking - the young black food editor has become the second local South African chef to get her own as-yet-untitled locally commissioned cooking show on the Food Network (DStv 185).

Sibahle Mtongana who will become a mother soon was the star of Cooking with Siba on M-Net's Mzansi Magic (DStv 107) channel, and has now signed with the Food Network for a new cooking show which will be seen in 85 countries throughout Africa, Europe and the Middle East.

Her show follows on the heels of Jenny Morris, the first South African chef to sign with the Food Network whose Jenny Morris Cooks Morocco is currently on the channel on Mondays at 20:10.

"Food Network is always on the look out for fresh new talent in South Africa and Siba certainly fits the bill," says Nick Thorogood, the senior vice president of content and marketing who said the channel is delighted to have Siba Mtongana on board. "She's dynamic, passionate about food and audiences love her - everything that's important to the Food Network brand."

The channel will be conceptualising with Siba Mtongana over the course of the next few months says the Food Network to create her show, saying it wants to "deliver a fun and entertaining series on the Food Network that will inspire and delight foodies and non-foodies alike."

Filming of Siba Mtongana's new cooking show will start in early 2013 after she has given birth.
on 11:44:00 AM