PATIENCE STEVENS SAYS: 'Top Billing is a business, television is a business and we need people to be part of a team.' 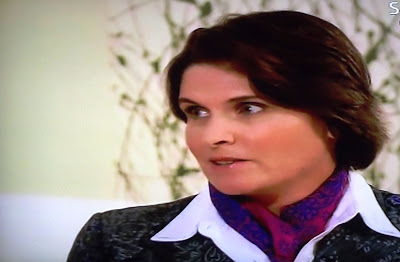 Patience Stevens, executive producer of SABC3's Top Billing, the record holder of longest running uninterrupted local TV show on South Africa television and a judge in the My Top Billing Dream reality show had some extremely true words about the TV industry for a contestant who got the boot after she forgot her ID when it was time to check-in for a flight at the airport.

Contestant Kerusha got booted for other reasons but also because she forgot her ID - discovered when the contestants and production team had to check in at the airport. Her driver's licence had to be rushed from the hotel.

Patience Stevens explained why it's such a massive mistake - and how and why it impacts the actual making of television, which is something a lot of viewers never realize or think about.

"A pageant winner knows the importance of travel documents. When we heard that you had left your ID book behind, we thought it was a joke," said Patience Stevens. We thought it was you doing the comedy bit. And then we discovered it was serious. It was real and we had to sort out the problem."

"Now it wastes time, money and resources sorting out unnecessary problems. Top Billing is a business, television is a business and we need people to be part of a team who functions efficiently and where we don't  need to pick up unneccesary errors, because it costs money - and that's the reality."
on 10:17:00 PM