BREAKING. Dr Michael Mol getting his own TV talk show, The Dr Mol Show, on SABC3 with a live studio audience from 6 April. 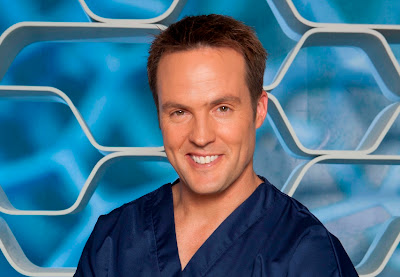 Dr Michael Mol of Top Billing fame and the medical magazine show Hello Doctor on SABC3 is getting his own TV talk show, The Dr Mol Show on the same channel with a live studio audience when the show also moves from Sundays to Fridays from Friday 6 April at 15:45 with a repeat on Sundays at 16:00.

Hello Doctor which started a year ago on SABC3 will change to The Dr Mol Show with Michael Mol still dispensing medical and healthy lifestyle advice as well as talk to personalities, but from now on in front of a live studio audience and with more specific topics.

I can reveal that Michael Mol recently visited Dr Mehmet Oz in New York - his talk show also shown on SABC3 and which will be reduced from 5 days a week to 4 to make space on Fridays for The Dr Mol Show - to hear from him how to do a successful medical talk show.

''His advice to me was - and he said he was told it by Oprah herself - is that people respond emotionally. Instead of a lot of charts and diagrams and lots of points - rather focus on less points and lists, choose one or two things, explain it visually and tell a story around it, since that is when people remember it,'' Michael Mol says.

The Dr Mol Show will be recorded in Cape Town sharing studio space with SABC3's morning breakfast show Expresso in the same Seapoint building. He jokes that he will deliver the pregnant Kia Johnson's baby live on air who is currently an Expresso presenter.

The Dr Mol Show will basically be more dynamic as Hello Doctor changes from a full magazine show to a talk show with magazine show elements.

''The interesting profiles of people sharing their own stories, struggles and challenges will still be there as inserts but having a studio audience brings a liverier dynamic to the show and people to interact with,'' says Michael Mol.
on 8:08:00 AM