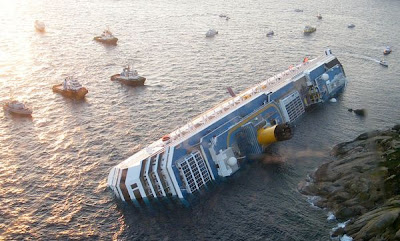 National Geographic Channels International (NGCI) has partnered with the Italian production house DOCLAB to produce a one-hour TV special on the sinking of the Costa Concordia cruise ship off the coast of Isola del Giglio.

The National Geographic Channel special will piece together survivors' testimony along with footage taken during the ship's evacuation. The documentary will describe the collective tragedy through words and images captured on cameras and mobile phones during the journey and in the dramatic hours as the ship went down.

Footage and commentary from passengers and rescuers will be used to give a firsthand perspective and insight into what exactly went wrong.
on 11:15:00 PM