The Americans, a new spy drama that will be set in the 80s and showing remarkable similarities to another old show, could pop up on FX in 2012. 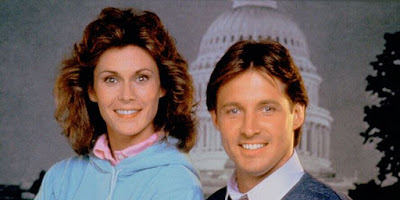 Another interesting new TV drama might come to South African viewers in 2012 and go straight to FX (TopTV 110) - The Americans, a brand-new spy drama set in the 1980s with a pilot episode which will be filmed for America's FX channel.

In television everything old is new again, and The Americans shows remarkable similarities to the 80s drama Scarecrow and Mrs King (which South African viewers saw on the SABC's then TV1 and dubbed in Afrikaans as Spioen-Spioen), but in a sense reversed.

The Americans, if picked up in 2012 as a new drama series would most probably go to FX if shown in South Africa. It's made for FX in America and it's produced through Fox TV Studios and FX Productions.

The Americans revolve around a couple of spies, Phillip and Elizabeth Jennings. Like Scarecrow and Mrs King they're working undercover. It's also set in Washington. Similarly, to that hit show the two children are clueless and not aware of their parents' true identity. But in The Americans the two main characters will not be American spies. The roles are reversed and they're KGB spies for the Soviet Union.

As the Cold War intensifies, their cover gets more difficult to maintain, the relationships with informants and spies more intricate and their love of the American way of life actually more real.

''Joe Weisberg has written one of the best pilot scripts we have ever read with two richly drawn and indelible characters embarking on an epically exciting, emotional, and morally complex journey," said Nick Grad, the executive vice president of the FX channel in America in a press release.