Limited version of the M-Net channel that excludes movies added to DStv Mobile and the DStv Drifta device from 1 November. 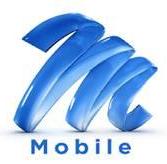 A truncated and reduced version of the M-Net channel (DStv 101) will be added to DStv Mobile and the DStv Drifta device from 1 November with the programming M-Net considers to be its prime time line-up - but excluding movies - that will be looped for 8 and a half hours per day as an M-Net Mobile TV channel.

The M-Net channel will join other mobile versions of channels such as E! Entertainment and The Cartoon Network on DStv Mobile which are not (yet) running full mirror versions but truncated programming while licencing rights are slowly but surely being negotiated with content providers.

The M-Net channel on DStv Mobile will start on 1 November and run between 14:00 and 22:30 daily and be the prime time TV shows seen on M-Net on DStv and that constitute the channel's ''prime time'' block. M-Net today didn't respond to media enquiries regarding what constitutes its prime time hours and which would give an indication of what shows subscribers would be able to watch.

The M-Net Mobile channel will not include movies since DStv has not (yet) had luck in clearing film rights for cellphones as a new platform in South Africa. ''M-Net is thrilled to be able to bring the Magic to subscribers on yet another exciting and enterprising platform,'' said Mpeo Makape, M-Net's new marketing manager in a press statement.

''Consumers have expressed great interest in having the channel on DStv Mobile and acquiring it is a notable occasion,'' said Motheo Matsau, DStv Mobile's head of sales and marketing in the same statement.
on 10:36:00 PM