BREAKING. M-Net to pay for plastic surgery for Freddie 'Van Dango' Moss after his bar fight since the show's insurance doesn't cover drinking. 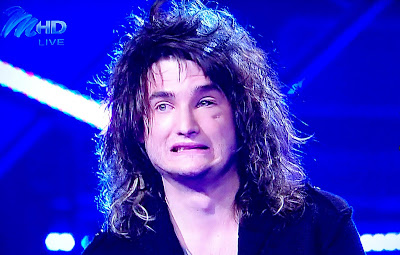 M-Net is going to pay for plastic surgery to fix the face of Idols contestant Freddie ''Van Dango'' Moss who got into a violent bar brawl on Friday night, because the show's insurance doesn't cover injuries sustained because of drinking.

M-Net that just offered to pay for Freddie ''Van Dango'' Moss' operation, is setting a new precedent, saying in a just-released statement that ''the future and image of our Idols are very important to us''. M-Net didn't want to disclose, if indeed it had a number, of how much the operation would cost. Asked what the cost of the operation would be and the hospitalisation bill would entail, M-Net responded by saying that ''it's against M-Net policy to reveal expenses such as these. The actual cost is irrelevant.''

Freddie ''Van Dango'' was drinking when he got into a bar brawl in Greenside, Johannesburg on Friday night that then turned violent. The Idols contestant suffered a broken cheekbone and disfigurement to his face and M-Net has now offered to pay for the operation because the production's medical insurance doesn't cover injuries sustained if a person has been drinking any amount of alcohol.

''To eradicate further or future damage to his face, Freddie's attending pastic surgeon has recommended surgery as soon as possible,'' says M-Net, adding that ''the nature of the operation only requires a short stay in hospital, which means that Freddie - who would like to continue following his Idols dream - should still be able to stay in the competition as long as he has the support of the voting public.''

M-Net is now prepared to pay for the injury that the contestant sustained during off-time and falls outside of the show's insurance policy. ''The well-being of our Idols contestants is extremely important to us and we would have done this for any of the contestants who are still part of the show,'' says Theo Erasmus, M-Net director for general entertainment. ''We believe that the surgery won't disrupt the show and trust that our viewers will understand why we made this decision.''

ALSO READ: Don't ''hate me for the way I behaved Friday night,'' asks Freddie ''Van Dango'' Moss after his violent bar fight.
ALSO READ: After Freddie's bar fight the Idols contestants get a psychologist for the ''unusual situation''. No extra security for now.
ALSO READ: OPINION - After his shocking behaviour Freddie ''Van Dango'' Moss no longer deserves to be a part of a show such as Idols on M-Net.
on 6:09:00 PM