Jesus Perezagua the new president of Fox International Channels for Europe and Africa as Fox looks to build a new 'growth engine' for TV in Africa. 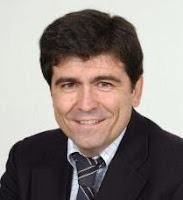 Jesus Perezagua (pictured right) has been promoted to president, Fox International Channels (FIC) for Europe and Africa as Fox is looking to build a new ''growth engine'' for television in Africa.

FIC runs the set of very well-received and well-liked Fox channels like Fox Entertainment (TopTV 180), Fox FX (TopTV 110) and Fox Retro (TopTV 181) on TopTV, and has a share and runs the National Geographic Channel (DStv 260) and Nat Geo Wild (DStv 261) on MultiChoice's DStv. 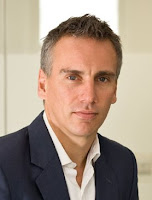 Jesus Perezagua who's been with the company since 2003 is widely credited with spearheading the growth of FIC's business in Europe and has now been appointed president, while Jason Thorp (pictured left) who's also been with FIC since 2003 has been promoted to executive vice president of content for the same FIC Europe and Africa. FIC says it's looking at Africa as a new ''growth engine'' for its television business.

''As FIC looks to expand in Europe, own more content worldwide, and build a new growth engine in Africa, I am thrilled to count on their help in this new stage of our business,'' says Hernan Lopez, CEO of FIC and National Geographic Channels about the promotions of Jesus Perezagua and Jason Thorp in a press release.

''Consolidating our strong operations in Europe and the additional resources allocated to Africa are key to sustaining and invigorating our growth in these regions,'' says Jesus Perezagua. ''I am thrilled to lead FIC's extraordinary group of executives as we build on our first class TV channels and services to become the leading international TV group in the region.''

Earlier today (my story RIGHT HERE) FIC announced that the second season of the hit drama The Walking Dead will be shown ''within hours'' globally in 122 countries and territories after it starts in October in America.

Earlier today TV with Thinus broke the news exclusively story (RIGHT HERE) thatthe second season of The Walking Dead will be starting on Tuesday 18 October in South Africa on Fox FX, 48 hours after it's shown in America.
on 10:32:00 PM