BREAKING. Noeleen Maholwana-Sangqu of SABC3's 3Talk with Noeleen is planning to climb to the top of Mount Kilimanjaro. 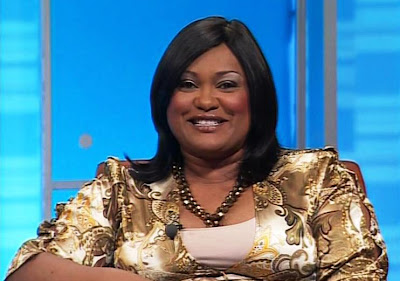 Noeleen Maholwana-Sangqu of 3Talk with Noeleen (SABC3, weekdays, 15:30) is planning to go to the top of Kilimanjaro, with the talk show host working on climbing to the highest point in Africa and taking her viewers along for the adventure.

Insiders confirm to TV with Thinus exclusively that the long-gestated plan is definitely in the works. ''It's been planned for a long, long time,'' says a source familiar with the productions schedule. ''Noeleen agreed to climb Mount Kilimanjaro and she is going to go. It will definitely be happening.'' Another source tells me they're ''trying to find a sponsor, so a date will be set once they have a sponsor on board.''

Besides Noeleen Maholwana-Sangqu scaling the highest mountain in Africa and visiting Tanzania, the planned relaunch of 3Talk with Noeleen which has now been dragging for over 2 years is definitely still on the cards. ''Everytime we gear up, something puts a spoke in the wheel,'' says an insider close to the show.

Now the relaunch of the show that will see a studio audience being added for Noeleen Maholwana-Sangqu as well as a brand-new set, and new outside-based shows as well as on location one-on-one interviews are all still being planned. ''It's now July, but who knows,'' says another. ''A specific date is difficult because of the set and its been postponed so many times now, nobody really goes according to a specific timeframe anymore. It will happen when it happens. For now the latest current date for the relaunch of 3Talk with Noeleen is planned for July.''
on 1:44:00 PM