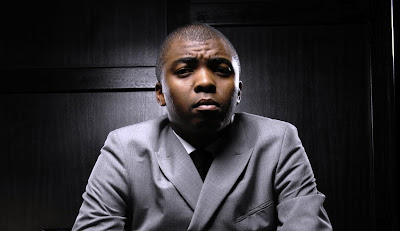 Late Nite News that will be fronted by comedian Loyiso Gola was an open secret within the TV industry the last while, but e.tv just officially confirmed that Late Nite News will debut on e.tv and the eNews Channel (DStv 403) on Wednesday, September 29 at 21:30.

Late Nite News will be produced by Diprente Productions with an intial 11 episode order for the half hour show that will tackle and make light of current affairs and breaking news and include jokes on international news as well as the political sphere. Late Nite News that will be set in a ''news studio'' with Loyiso Gola as the ''news anchor'', will be similar in style to The Daily Show with comedian Jon Stewart on America's Comedy Central channel. Comedians Riaad Moosa and Jason Cope will play ''field reporters'' on Late Nite News similar to how America's Steve Colbert started out in The Daily Show before getting his own spin-off show. Similar to this American show Loyiso Gola plans to be very aggressive and confrontational regarding the news stories, how they're covered and about who's covering them.

''The show is going to be absolutely awesome,'' gushes Loyiso Gola in the e.tv press release. ''The reports are really as I see issues and news today. It's a completely different kind of show that will have viewers in absolute stitches every time. We've got some of the country's funniest comedians working on the show.'' Late Nite News will end each episode with a ''Morale Index'' incorporating an animated graphic that will look at the week's milestones and failures.
on 11:16:00 AM