TOLDJA! SABC2 confirms that Late Night with Kgomotso is back for a second season of her late night talk show. 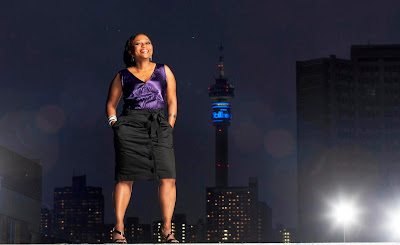 SABC2 just officially confirmed the news that I broke first and exclusively in June already RIGHT HERE: That Kgomotso Matsunyane will return for a second season of her late night talker to SABC2.

Late Night with Kgomotso Matsunyane will return to SABC2 for a second season on Saturday, August 7 at 21:35 with the host who currently has her own radio show on Kaya FM. Of course people in the local TV biz will actually know Kgomotso Matsunyane more for her stint as commissioning editor at SABC1 for local drama productions a while back as well as T.O.M. Pictures - the film and TV production company that she owns and runs. Of course she's currently a co-chairperson of the powerful industry trade body Sasfed (The South African Screen Federation).

What SABC2 of course won't be shouting for the rooftops - and just to show you how schizophrenic the TV business actually really is (yes, it can make you mad) - is of course the fact that Kgomotso Matsunyane had a huge struggle to get her money for the first season of Late Night with Kgomotso which she also produced through T.O.M. Pictures from the SABC. She basically lost her house and car during the public broadcaster's financial troubles last year when local producers simply didn't get paid and are still owed millions by the SABC. I'll connect the dots for you - and now you can see why Kgomotso Matsunyane decided to become co-chair of Sasfed earlier this year looking out for local producers' interest in this tough, tough, tough TV and film production environment.
on 8:58:00 PM