BREAKING. Mzansi Magic channel working to create a new, local South African soap ''that will be true to life, but have aspirational qualities''.

The new, local South African soap that Mzansi Magic (DStv 107) is planning to create will be ''true to life, but have a lot of aspirational qualities''. 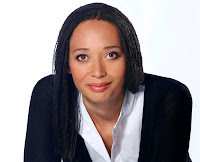 So says Yolisa Phahle, Mzansi Magic channel director, who talked to me about the new channel that will be launching on July 12 on DStv, and is revealing a bit more about the brand-new local soap that Mzansi Magic is envisioning for the TV channel.

''What we've done, we've basically opened the pitching process for production companies in South Africa. We haven't specified the backdrop in a specific way,'' she says. ''What we're looking for is a storyline and a setting that will appeal to the DStv Compact market, so we're imagining a TV soap that will be true to life, but have a lot of aspirational qualities.''

''I think people are keen to watch TV for a bit of escapism; to take themselves away from the daily grind of work – but there also has to be some realism there,'' says Yolisa Phahle. ''The soap will really be a story that will span the social LSM spectrum to some degree but that be very grounded in regards to the language, and the aspirations, and the values that the DStv Compact viewer has. That's the broad outline that we've given. What we really want to do is to open the opportunity to anyone out there. We don't want to restrict it. We don't want to say it has to be set in a record company, or that it has to be on a housing estate. We're really just looking for a story and a setting and characters that we think will add that entertainment value; have some aspirational quality and also be very real and in tune with the lives of the viewers.''

She says Mzansi Magic has a three month windon until the end of August to ''assess everything we've got and then we'll give feedback to producers''. ''From there is will probably be a 12 to 18 month period before you will actually see something on air because the scripting process has to begin and we have to build the sets. Also, if you're running a soapie you have to have the first three month's episodes in the can and shot, before you go on air otherwise you're not going to be able to keep pace with the broadcast schedule. Soits more a long term project for Mzansi Magic which we're starting now,'' Yolisa Phahle tells me.
on 1:24:00 PM